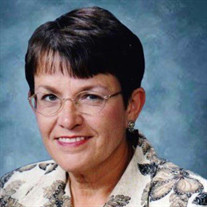 Anne M. Uhler, age 76, of Kearney, passed away Saturday, March 27, 2021 at Mt. Carmel Home – Keens Memorial in Kearney. A memorial mass will be on Wednesday, March 31, 2021 at 10:30 a.m. at Prince of Peace Catholic Church in Kearney. Father Paul Colling will celebrate and burial will be later at the Kansas Veterans Cemetery near Winfield, KS. There will be no visitation. Memorials are suggested to AseraCare Hospice or The World Theater. Please visit www.hlmkfuneral.com to leave a tribute or message of condolence. Horner Lieske McBride and Kuhl Funeral and Cremation Services are in charge of arrangements. Anne was born on July 17, 1944 in Marseille France to Reine Lescoutre. She was later welcomed by her adopted father, William Grattan. She attended Sedgewick, KS high school and graduated with the class of 1962. Anne later attended St. Joseph’s school of nursing in Wichita, KS and graduated in 1965. After graduation she then began her 40+ year career in nursing as an R.N. She married William H. Uhler on May 6, 1967 in Las Vegas, NV. Anne was a dedicated member of the catholic church and served in many ways throughout her life. Later in life she volunteered at CHI Health – Good Samaritan Hospital in Kearney. She enjoyed attending movies, especially at the World Theater; was an avid reader, and also enjoyed traveling and time with family. Those left to cherish her memory include her daughter, Lili Koster and her husband Greg of Kearney; grandchildren, Blake (Sadie) Koster of Kearney and Brittani Koster of Nashville, TN; great-grandson, Cooper Koster; brother, William (Judy) Grattan of Valley Center, KS; sister, Michelle (Vern) Roemer of Gem, KS. Anne was preceded in death by her parents William and Reine Grattan; husband William Uhler.

The family of Anne M. Uhler created this Life Tributes page to make it easy to share your memories.

Send flowers to the Uhler family.