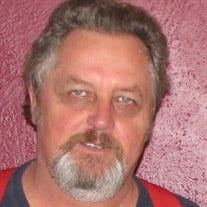 Arthur ‘Art’ Ray Petersen, age 71, of Axtell, died Wednesday, February 9, 2022 at Kearney Regional Medical Center. The family has honored his wishes for cremation and a Celebration of Life service that will be held at a later date. There will be no visitation or viewing. Memorials are suggested to the family to be designated later and online condolences may be made by visiting www.hlmkfuneral.com. Horner Lieske McBride and Kuhl Funeral Home is in charge of arrangements. Art was born on August 16, 1950 in Holdrege, NE to Lyle and Isabelle (Boston) Petersen. He lived in Alma until the family moved to Kearney. He received his education at Kearney Public Schools and graduated in 1968. He pursued a higher education attending Hastings Tech and graduated with a general degree in Auto mechanics. He was drafted into the armed services and served in Vietnam from 1970-1971. He pursued different job interests dealing with auto, electronics and insurance, and was always learning something new. He retired in 2013 from Cummins Great Plains Diesel after 25 years of service and started his own gun repair service and sales. On March 2, 1975, Art married his wife Edna (Obermeier) Petersen. They made their home in Kearney until moving to Axtell in 2000. Art enjoyed life with his family and friends. He was an outgoing person who would strike up a conversation with anyone that would listen and always had a good story to tell. He loved everything to do with being outdoors, hunting, fishing, camping, etc. He was always teaching his sons and granddaughters about life. He loved politics and always had an opinion on everything, just ask anyone who knew him. He was a member of the American Legion and the DAV. Art leaves behind his wife of 47 years, Edna; two sons, Yancy of Axtell and Jared of Kearney; two granddaughters, Montana and Jaylin; a brother Alan of Kearney; numerous aunts, uncles, cousins, nephews, nieces, and other relatives and friends. He was preceded in death by his parents, Lyle and Isabelle; two brothers, Carrie and Arlen; and a sister-in-law Kelli.

Arthur &#8216;Art&#8217; Ray Petersen, age 71, of Axtell, died Wednesday, February 9, 2022 at Kearney Regional Medical Center. The family has honored his wishes for cremation and a Celebration of Life service that will be held at a later date.... View Obituary & Service Information

The family of Arthur 'Art' R. Petersen created this Life Tributes page to make it easy to share your memories.

Send flowers to the Petersen family.