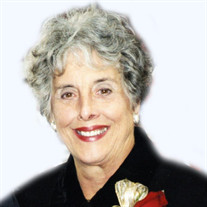 Barbara Bush, 89, of Kearney, died August 24, 2021 at the Good Samaritan Society-St. John’s in Kearney. Funeral service will be held 9:30 am, August 28, 2021 at the First Baptist Church in Kearney with Pastor Sean Daugherty officiating. Burial will follow the service at the Kearney Cemetery. Visitation with the family present will be from 5:00 to 7:00 pm, August 27, 2021 at Horner Lieske McBride & Kuhl Funeral and Cremation Services. Memorials are suggested to the Barbara Hershberger Bush Delta Xi Scholarship Fund by making checks payable to the University of Nebraska Foundation, PO Box 2678, Kearney, NE 68848, denoting the fund name. Barbara Jean Bush was born September 16, 1931 in Seward, Nebraska to Vernon Ray and Helen (Hildebrand) Hershberger. Barbara graduated from Seward High School and attended the University of Nebraska-Lincoln. While at the university she was in the teachers college, a member of the Alpha Phi sorority, and involved in many collegiate organizations. In 1951 she was crowned the University of Nebraska-Lincoln homecoming queen. Barbara graduated from college in 1953 and taught high school business in Grand Island High School for one year. She then married Richard Eugene Bush on August 22, 1954 and moved to Lincoln, Nebraska where he attended dental school and she taught business for 4 years at Northeast high school. While in Lincoln Barbara was president of the University of Nebraska dental school’s wives club. Barbara and Richard moved to Kearney, Nebraska in July 1959 where they raised their three children. During her 62 years in Kearney she organized the Delta Xi’s Alpha Phi chapter in 1963, was chapter advisor and president of the alumni and served on the international level as district Governor of Alpha Phi. Barbara was a member of P.E.O. since 1951; serving all offices including president of chapter FN. She was a substitute teacher in Kearney Public Schools and worked at Good Samaritan Hospital in the administration office as well as radiation therapy department. She participated in many bible studies throughout her lifetime. Barbara volunteered as a docent at the Museum of Nebraska Art and she served on the Lied Center Board for Performing Arts for 4 years. Barbara and her husband were huge supports of the University of Nebraska-Kearney (UNK) and the University of Nebraska Foundation. A UNK scholarship has been named in her honor, the Barbara Hershberger Bush Delta Xi Scholarship Fund. She and Richard received, in May 2018, the UNK Distinguished Alumni Award. They have also been supporters of UNK and have funded the Bush Family Athletic Scholarship Fund and are members of the University of Nebraska Foundation Board of Trustees. Barbara was the matriarch of the Bush family and was loved by all. She felt family was most important and was such a wonderful giver of advice and wisdom. Holidays and birthday celebrations were a highlight for her. She cared for her entire family deeply and looked forward to every family gathering. She traveled the world with Richard on dental mission trips including India, Costa Rica, Brazil, West Indies, St. Lucia and others. She was known to be a great shopper and at one point was co-owner of a women’s clothing boutique. She hosted beautiful dinner parties, Loved playing bridge with her friends, and enjoyed knitting scarves, baby blankets and dish cloths for family members. However, her greatest pastime pleasure was sitting and reading a good book. She is survived by Richard Eugene Bush of 67 years, 3 children Stephen (Laura) of Kearney, Beth Ann (Myron) Placek of Omaha and Mark (Kim) of Kearney. 9 grandchildren: Katherine (Wade) Goodwin, Andrew (Michelle) Placek, Cami Bush, Mark Placek, Mallory (Ben) Loschen, Garrett (Ashley) Bush, Megan (Ty) Braden, Cori (Lydia) Kreutzer, Morgan (Derek) Hubbard and 13 great grandchildren.

The family of Barbara Jean Bush created this Life Tributes page to make it easy to share your memories.

Send flowers to the Bush family.