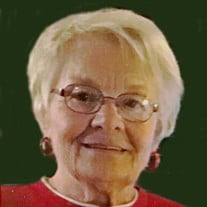 Barbara Rose Spease, age 77, of Minden, passed away Friday, December 11, 2020 at Kearney Regional Medical Center. A private family memorial service will take place at a later date. Memorials are suggested to the family to be designated later. Horner Lieske McBride & Kuhl Funeral and Cremation Services in Kearney is in charge of arrangements. Barbara was born July 1, 1943 in Rushville, NE., to John and Ruth (Hoos) Janssen. She graduated from Rushville High School. In August 1963, she married Jeffery Herman Spease in San Diego, CA. She moved to the Miller, NE. area in 1975 where she owned and operated Miller Grocery Store. She also worked at Baldwin Filters and the Eaton Corporation where she retired after 15 years. She then earned certification as a C.N.A where she worked with the elderly in their homes. She worked for Tri-County Hospital for 10 years. She left there and moved back home to Rushville where she took care of her mother and worked at Parkview Assisted Living for 8 years. In 2017 she moved to Minden with her daughter and family and continued in home health care for elderly clients in their homes until she retired in May of 2020. Barbara was an active member in the American Legion Auxiliary. She loved attending bible studies, playing guitar, piano and accordion while singing and yodeling for family and friends. She also loved reading, embroidery, sewing, cooking, hunting, gardening, wildlife and nature. She especially enjoyed being with family and friends. Survivors include her daughter, Sandra (Brian) Nevitt of Minden; son, John (Melissa) Spease of North Platte; three brothers, Benny (Judy) Janssen of Rushville, Bob (Crickett) Janssen of Crookston, and Bill (Jackie) Janssen of Litchfield; sister, Patricia Wages of Sioux Falls, S.D.; three granddaughters, Briana Nevitt of Minden, Keannea Spease of North Platte, Ashlynn Spease of Lincoln; grandson, Stephen Schaetzle of Lincoln; and her best friend, Donna Wilson of Overton. Barbara was preceded in death by her parents, a grandson, Seth and several aunts, uncles, and cousins.

The family of Barbara R. Spease created this Life Tributes page to make it easy to share your memories.

Send flowers to the Spease family.