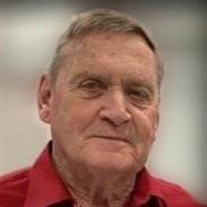 Bernard (Jade) Earl Phillips, Jr., age 74, of Kearney, Nebraska, formerly of Beaver City and Curtis, Nebraska, passed away on Friday, October 4, 2019, at the University of Nebraska Medical Center in Omaha, Nebraska. He was born on August 30, 1945, at North Platte, Nebraska to Bernard and Doris V. (Linnemeyer) Phillips. He grew up on a farm north of Maywood, Nebraska and then moved to Curtis, Nebraska during his sophomore year of High School. He would then graduate from the University of Nebraska School of Agriculture (UNSA) in Curtis in 1963. He furthered his education by attending Kearney State College and earned his Bachelors of Education degree in December of 1966. He married Evelyn Marie Messersmith of Alliance, Nebraska, on August 15, 1964 and to this union three children were born: Brian, Trene, & Terri. He went on to earn two masters degrees from Chadron State College and spent 35 ½ years as an educator, coach, and administrator. He started his teaching career in Valentine, Nebraska, and then moved to teach and be principal at Beaver City High School at Beaver City, Nebraska. In 1996, Beaver City would consolidate into Southern Valley Schools. In 2002, Bernie finished his long-standing career in education. He was a member of the Elks Lodge #984 of Kearney, Nebraska, and former member of Nebraska Council of School Administrators, Nebraska Coaches Association, Nebraska Athletic Directors Association, and Nebraska Schoolmasters Club. He was devoted to his students and their academic and athletic pursuits. Many lasting relationships were developed over his years as an educator due to his caring, strong-willed demeanor. He coached football and girls/boys basketball at various levels and was head coach of the Beaver City 1986-1987 boys basketball team that earned a trip to the Nebraska State Basketball Tournament. He was an avid outdoorsman and enjoyed spending his time hunting, fishing, camping, and taking trips with the 5th wheel. Bernie especially enjoyed the 2 ½ month trip in 2006 that he and Evelyn took to Alaska. Many summers were spent at Lake McConaughy with family and friends. He is preceded in death by his parents. He is survived by his wife Evelyn Phillips of Kearney, Nebraska; Son: Brian Phillips, Kearney, Nebraska; Daughter: Trene (Alan) Garey, Curtis, Nebraska, Daughter: Terri (Todd) Schirmer, Kearney, Nebraska; Grandchildren: Kelcey (Ricky) Walker, Riley Garey, Regan Garey and fiancé Cole Scheer, Kellan Garey, and Madison Schirmer. Private family inurnment will be at a later date. A public reception in Bernie's honor will be held at the Evangelical Free Church, 4010 7th Ave., Kearney, Nebraska, on Thursday, October 10th from 2 pm - 5 pm. In lieu of flowers, memorials can be left in Bernie’s name. Please visit www.hlmkfuneral.com to leave a tribute or message of condolence. Horner Lieske McBride & Kuhl Funeral and Cremation Services in Kearney is in charge of arrangements.

Bernard (Jade) Earl Phillips, Jr., age 74, of Kearney, Nebraska, formerly of Beaver City and Curtis, Nebraska, passed away on Friday, October 4, 2019, at the University of Nebraska Medical Center in Omaha, Nebraska. He was born on August 30,... View Obituary & Service Information

The family of Bernard (Jade) E. Phillips Jr. created this Life Tributes page to make it easy to share your memories.

Send flowers to the Phillips family.