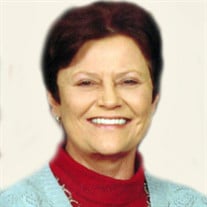 Beverly “Bev” J. Neuheisel, 71, of Kearney, died Sunday, February 27, 2022 at her home in Kearney surrounded by loved ones. Mass of Christian Burial will be 10:30 am, March 4, 2022 at St. James Catholic Church with Fr. Joe Hannappel officiating. Burial will be at the Kearney Cemetery. Visitation will be from 5:00 – 7:00 pm, March 3, 2022 at Horner Lieske McBride & Kuhl Funeral and Cremation Services and one hour prior to the service at the church. Memorials are suggested to the Kearney Catholic High School Foundation. Bev was born September 7, 1950 in Mitchell, South Dakota to Arthur and Elsie (Volk) Schlaffman. She grew up in Ethan, South Dakota and graduated from Ethan High School in 1968. Bev married Bill Neuheisel on April 14, 1972 in Ethan, South Dakota. They later divorced. In 1984, they moved to Kearney, where Bev began working for Kearney Public Schools in the office at the Jr. High for twenty years. For the last 10 years, she worked with her daughter, Lisa, at The Sequel Bookshop. Bev, "G", loved attending her grandchildren’s events and supporting them in all of their activities. She also enjoyed traveling, shopping, going to concerts and going to the casino with her friend, Linda Van Orsdall. Bev is survived by her daughters, Lisa Neuheisel, of Kearney, and Amy and Scott Lowery of Kearney; grandchildren, Austin Lowery and his fiancé Clarissa Lambert and their children Emory and Kyzer of Kearney, Ashley Lowery of Phoenix, AZ, Aiden Lowery and Colton Lowery of Kearney; brothers, Melvin and Pam Schlaffman of Bullhead City, AZ, Gary and Marge Schlaffman of Mitchell, SD, Dan and Diana Schlaffman of Ethan, SD; sister, Rose and Dan Walters of Corsica, SD; sister-in-law, Barb Schlaffman of Mitchell, SD and many nieces and nephews. Bev was preceded in death by her parents, son, Jason Neuheisel, and brother, Jim Schlaffman.

The family of Bev J. Neuheisel created this Life Tributes page to make it easy to share your memories.

Send flowers to the Neuheisel family.