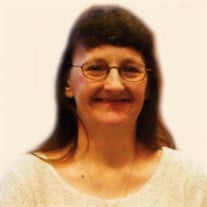 Cindy M. Bartholomew, 61, of Kearney, died Thursday, March 17, 2022 at the C.H.I. Health Good Samaitan Hospital in Kearney. Funeral services will be held 10:30 am, March 24, 2022 at the First Lutheran Church in Kearney with the Rev. Drs. Rick and Michelle Carlson officiating. Burial will follow the service at Prairie Center Cemetery at Haven’s Chapel. Memorials are suggested to Relay for Life. Visitation will be from 5:00 to 7:00 pm, March 23, 2022 at Horner Lieske McBride & Kuhl Funeral and Cremation Services. The service will be live streamed and can be viewed by visiting www.firstlutherankearney.org Cindy was born August 30, 1960 in Kearney to Maurice and Peggy (Sheen) Smallcomb. She graduated from Gibbon High School in 1978. Cindy worked at Anderson Wrecking in Kearney for many years. In 1990 she began working for West Pharmeceutical Company in Kearney. Cindy married Brent Bartholomew on September 5, 1992 in Kearney. Her kids and family were her life. She was always happy to tell you all about her kids, and what they were up to, and how proud she was of them. They meant the world to her and she would have done anything for each and everyone of them. With family being such a strong point in her life, she loved spending all the time with her family that she could. She lived for the family vacations they would take in the summers along with all the bonding and memories that entailed. No matter the cost or time it took, Cindy would instantly drop whatever she was doing to make sure that her children had everything they needed. From the very moment they could open their eyes, until the day she passed, she always made sure her kids had the best opportunity to succeed, love, and prosper in their future lives. Cindy was a wonderful mother and wife, but not only to her own children. She had a special place in her heart for babies, small children, and simply anyone in need. She took it upon herself to make everyone feel loved, cared for, and protected. Cindy always had a calm and collected manner. When she was around, you just knew that everything was going to be alright and under control. She had a special way of making you feel that way. Cindy was a member of First Lutheran Church in Kearney. She was very passionate about Relay for Life. She enjoyed going to garage sales and finding a great bargain. Cindy is survived by her husband, Brent Bartholomew of Kearney; sons, Brock Bartholomew of Gretna, NE, Bryce Bartholomew, Chad Bartholomew, Colby Bartholomew all of Kearney; daughter, Caty Bartholomew of Kearney; sisters, Sheryl Mitchell of Elm Creek, NE, Judy and Leroy Hayes of Cambridge, NE; brother, Chuck Smallcomb of Gibbon, NE; father and mother in law, Harold and Judy Bartholomew of Taylor, NE; sister in law, Shonna and Ty Behmerwohld of Kearney, NE; many nieces and nephews. Cindy was preceded in death by her parents, sister, Sharon Gard; brothers, Jim and Mark Smallcomb; and niece Gayle Smallcomb.

Cindy M. Bartholomew, 61, of Kearney, died Thursday, March 17, 2022 at the C.H.I. Health Good Samaitan Hospital in Kearney. Funeral services will be held 10:30 am, March 24, 2022 at the First Lutheran Church in Kearney with the Rev. Drs. Rick... View Obituary & Service Information

The family of Cindy M. Bartholomew created this Life Tributes page to make it easy to share your memories.

Send flowers to the Bartholomew family.