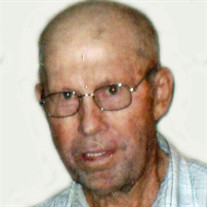 Clarence E. Noltensmeier, age 83, of Kearney, passed away Saturday, October 5, 2019 at his home. Visitation with the family present will be Wednesday, October 9, 2019 from 5:00 – 7:00 p.m. at Horner Lieske McBride & Kuhl Funeral Home in Kearney. Memorial services will be Friday, October 11, 2019 at 10:30 a.m. at Holy Cross Lutheran Church in Kearney. Rev. John Rasmussen will officiate and burial will at 2:00 p.m. be at Oxford Community Cemetery in Oxford, Nebraska. Memorials are suggested to Holy Cross Lutheran Church or to the Boy Scouts of America. Please visit www.hlmkfuneral.com to leave a tribute or message of condolence. Horner Lieske McBride & Kuhl Funeral and Cremation Services in Kearney is in charge of arrangements. He was born July 29, 1936 to Simon and Minna (Ziems) Noltensmeier at their home north of Holbrook. He grew up and attended school there then in 1959 he enlisted in the U.S. Army. After his discharge he moved to Cozad and worked at the Monroe plant. On August 2, 1964 he married Ortha Herrick and they lived in Cozad until moving to Kearney in 1967. Clarence worked at the Josten-Wilbert Burial Vault plant in Kearney for many years then worked as a custodian at Kearney Clinic and then worked for the State of Nebraska doing maintenance at rest areas along I-80. Clarence was a member of Holy Cross Lutheran Church and the Full Gospel Men’s group. He enjoyed spending time with his family, fishing, hunting, the “Old Goat Patrol’, being a Boy Scout Leader and having coffee with friends. Surviving relatives include his wife Ortha of Kearney; daughters, Delia (Dee) Durand and husband Calvin, Karen Noltensmeier, Michele Marienau and husband Kenneth all of Kearney; sons, Daniel Noltensmeier and Adam Noltensmeier and wife Rachel, both of Kearney; 7 grandchildren; 7 great grandchildren; sisters, Alice Deitz and husband Richard of Atlanta, NE, Viola Cortee and husband Gary of Lowry City, MO, Lorene Russell of Bertrand, NE; brother, Wayne Noltensmeier of Arapahoe, NE. He was preceded in death by his daughter, Misty Dawn and brother Richard.

The family of Clarence E. Noltensmeier created this Life Tributes page to make it easy to share your memories.

Send flowers to the Noltensmeier family.