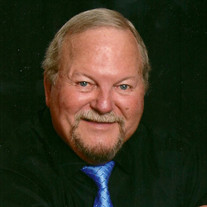 Daniel “Dan” H. Stump, 77, of Kearney, died Friday, February 1, 2019 in Kearney. Mass of Christian Burial will be on Friday, February 8, 2019 at 10:30 a.m. at Prince of Peace Catholic Church in Kearney. Father Paul Colling will celebrate and burial will be at Kearney Cemetery. Visitation will be on Thursday, February 7, 2019 from 6:00 p.m. – 7:00 p.m. followed by a Christian Wake Service at 7:00 p.m. all at the church. Memorials in lieu of flowers are suggested to Prince of Peace Catholic Church or the Kearney Optimist Club. Online condolences may be submitted at www.hlmkfuneral.com Horner Lieske McBride & Kuhl Funeral and Cremation Services in Kearney is in charge of arrangements. Dan was born on July 10, 1941 in Ogallala, NE to Virgil and Catherine (Erker) Stump. He attended Elm Creek High School and graduated in 1959. He later attended Kearney State College in Kearney. He married Jill L. Haberman on May 26, 1979 at Johnson Lake, NE. Dan was one of the founding members of the Kearney United Way chapter as well as The Optimist Club where he held the title of Lt. Governor at the state level. In addition, he was a member of the Elks Club and the Buffalo County Sheriff Posse. He was also a member of the Kearney chamber of commerce Colonels Club. Dan owned several businesses throughout his life: The Fireside Inn, Paddy O’Mally’s, The Phoenix Club, and Mid State Finance, all in Kearney, in addition to Erin Pub in Grand Island. He was most recently the owner of Fast Phil’s Plaza. Dan was awarded Retailer of the Year of 1995-1996. He was a member of Prince of Peace where he was on the building committee. He was also a committee member of the Outdoor Expo for Nebraska Games and Parks and an active member of Ducks Unlimited. When Dan wasn’t working, he was enjoying his time outdoors hunting and fishing. Dan is survived by his wife, Jill Stump of Kearney; children and spouses, Tammie Blaha of Tybee Island, GA; Tina Redwine of Kearney, Troy and Amy Stump of Kearney, Travis and Shawna Stump of Grand Island, Bryan and Amy Stump of Fort Collins, CO, and Dana and Brooke Iverson of Kearney; sister, Shirley Vance of Scribner, NE; 11 grandchildren; 2 great-grandchildren. Dan was preceded in death by his parents.

The family of Dan H. Stump created this Life Tributes page to make it easy to share your memories.

Send flowers to the Stump family.