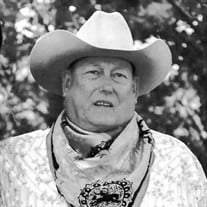 David Lee Classen, age 68, of Kearney, passed away Monday, January 24, 2022 at his home, after a courageous battle with cancer. At his request, a private family graveside service will be held. Interment of cremains will be at Blue Valley Cemetery, Ayr, Nebraska. Memorials may be given in Dave’s name to Prince of Peace Catholic Church of Kearney or to the family for designation at a later date. Horner Lieske McBride and Kuhl Funeral and Cremation Services are in charge of arrangements. David Lee Classen was born on July 11, 1953, to Donald Lee and Eloise Mae (Carney) Classen in Hastings, Nebraska. Dave was raised in Ayr, Nebraska and graduated from Blue Hill High School in 1971. He met his wife, Mary (Testroet) Classen in Omaha, Nebraska and they were married on December 1, 1973. Before they recently retired they owned and operated the Cowpoke in Kearney, Nebraska. Dave loved his family and friends and was very passionate about life. He loved St. Patrick’s Day especially. He will be missed by all who knew and loved him. There is a huge hole in the hearts of those who loved him, but he left all of us so many laughs and great memories. He will never be forgotten. He is survived by his wife Mary, of Kearney as well as their son Christopher Classen, daughter Janelle Classen-Hamilton, her husband Sam Hamilton, and one grandson, Frank Hamilton, all of California. He is also survived by his sister Mary Nielsen and her husband Dave Nielsen from Murray, Nebraska and his brother Alan Classen, his wife Kelly Classen from St. Louis, Missouri, along with nieces, nephews, and many good friends. Dave was predeceased by his parents Don and Eloise Classen, and his sister, Elizabeth (Beth) Classen.

David Lee Classen, age 68, of Kearney, passed away Monday, January 24, 2022 at his home, after a courageous battle with cancer. At his request, a private family graveside service will be held. Interment of cremains will be at Blue Valley Cemetery,... View Obituary & Service Information

The family of David L. Classen created this Life Tributes page to make it easy to share your memories.

Send flowers to the Classen family.