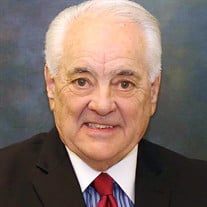 David A. Stubbs, 78, of Kearney, died Wednesday, February 5, 2020 at C.H.I. Health Good Samaritan Hospital in Kearney. Mass of Christian Burial will be on Monday, February 10, 2020 at 10:30 a.m. at Our Lady of Lourdes Catholic Church in Ravenna. Father Richard Piontkowski will celebrate and burial will be at Mt. Calvary Cemetery in Ravenna. Visitation will be on Sunday, February 9, 2020 from 5:00 p.m. – 7:00 p.m. followed by a Christian Wake Service at 7:00 p.m. all at the funeral home in Kearney. Military honors will be provided at graveside by the Ravenna V.F.W. Post #5820 and the Nebraska National Guard Funeral Honors Team. Memorials are suggested to the family, to be designated later. Horner Lieske McBride & Kuhl Funeral and Cremation Services in Kearney is in charge of arrangements. Please visit www.hlmkfuneral.com to leave a tribute or message of condolence. David Arthur Stubbs was born on December 14, 1941 in Ravenna, NE to Arthur “Bud” Stubbs and Doris (Erthum) Stubbs. He attended school in Ravenna and graduated from Ravenna High School’s class of 1959. Out of high school David became a Dental Technician. In 1966, David was drafted into service by the U.S. Army and was stationed in Fort Hood, TX. There he served as a staff sergeant but soon moved to the Army dental school, where he made dentures, partials and other dental appliances for returning injured soldiers. David was honorably discharged in 1968 and soon started his own lab, Stubbs Dental Lab, which he worked full-time until 1989. David married Kathleen Tschudin on February 12th, 1972 in Ravenna. They would later divorce. In 1990, David took a position as a dental technician at the Veteran’s Administration Hospital in Grand Island. There he commuted daily for over 25 years until his retirement and took pride in becoming an ExFed. During that time David was nominated for the Nebraska Federal Worker of the Year award. David married Margaret Showman on September, 20th 2008 in Kearney. His passion was politics and in 1986, ran for the 37th legislative district. In addition, David also prided himself on civil service. He was a member of the Kearney Airport Authority board (1975 - 1980). He was the Board chairman of the Selective Service System (1980 - 2001). From 1982 he was a member of the Buffalo County Republican Party serving as Chairman multiple times and was also a member of the State Republican Party Central Committee for 15 years. From 1985 - 1989 he was a member of the Nebraska Coordinating Commission on Post-Secondary education. A fifteen plus year member of the Nebraska Safety Center, Knights of Columbus, American Legion, Disabled American Veterans and Nebraska Veterans First Committee. He was a key member of multiple committees to move the State V.A. home to Kearney. His civic involvement stretched far and wide to many clubs, organizations and boards that cannot fit here. His ultimate passion, however, was for Central Community College. He represented a district in Buffalo County from 1981-88 and 1991-2008 and returned to the board in 2017. He was a past president of the Nebraska Community College Association and a member of the Central Community College foundation. David felt there was no substitute for a quality education and that everyone had the right to access one. CCC fulfilled this ideal he held all his life, which is why he spent so much time and effort making sure it flourished and succeeded in its goal. He could be seen tooling around in his tan and chocolate MG-TD roadster, cheering on his grandkids’ activities, and enjoyed cruising, European travel and Fox News. Surviving relatives include his wife, Margaret of Kearney; son, Jason and wife Mandy of Kearney; daughter, Ashley Granger of Lincoln; brother Keith Stubbs, of Grand Island; grandchildren, Ashton Granger, Jake Stubbs, Cameron Granger, Mallory Stubbs, Barnabas Showman, Amos Showman, and Maris Showman; step-son, Matthew Showman and wife Sarah of Fayetteville, AR; step-daughter Brianne Showman of Gilbert, AZ; mother-in-law, Velma Gerken of Ohio; nieces, nephews and other extended family and friends. David was preceded in death by his parents; brother, Arly Stubbs and sister Jackie Helleberg.

David A. Stubbs, 78, of Kearney, died Wednesday, February 5, 2020 at C.H.I. Health Good Samaritan Hospital in Kearney. Mass of Christian Burial will be on Monday, February 10, 2020 at 10:30 a.m. at Our Lady of Lourdes Catholic Church in Ravenna.... View Obituary & Service Information

The family of David A. Stubbs created this Life Tributes page to make it easy to share your memories.

Send flowers to the Stubbs family.