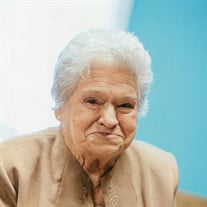 Edna I. Springer, age 92, of Kearney, passed away Wednesday, April 20, 2022 at St. John’s - Good Samaritan Center in Kearney. Funeral services will be on Tuesday, April 26, 2022 at 10:30 a.m. at Horner Lieske McBride & Kuhl Funeral and Cremation Services in Kearney. Pastor Steve Shanno will officiate and burial will follow at the Kearney Cemetery. Visitation will be on Monday, April 25, 2022 from 5:00 p.m. – 7:00 p.m. and also 1 hour prior to services on Tuesday all at the funeral home. Memorials are suggested to the family to be designated later. Please visit www.hlmkfuneral.com to leave a tribute or message of condolence. Horner Lieske McBride and Kuhl Funeral and Cremation Services in Kearney are in charge of arrangements. Edna was born on January 17, 1930 to Frank A. and Edith E. (Bogue) Doudna in White, NE. At an early age, Edna’s family moved to Maxwell, NE where she grew up and attended school. She graduated from Maxwell High School in 1948 and then attended Kearney State College for 2 years. After college, Edna taught in rural schools for several years. She married Don D. Springer on October 28, 1955 in Franklin, NE. She and her husband Don established Springer Roofing in 1956 and operated the business for 45 years. Their son Mike eventually bought the business and continues to operate it today. Edna and Don would have celebrated 55 years of marriage on October 28, but Don passed away on October 11, 2010. Edna and her daughter, Nancy, began a sewing and alteration business in 1996. Sewing for You has been in operation for over 23 years. She enjoyed her family, her home, and her garden and flowers. She also enjoyed bowling and fishing; especially at their cabin at Sherman Reservoir near Loup City. Edna is survived by her daughters, Sulin Hamik of Elkhorn, NE and Nancy (Doyle) Krueger of Kearney; son, Mike Springer of Kearney; grandchildren, Tom (Meg) Hamik, Mikaela (Trevor) Juelfs, Andrew Hamik (Liz Rabe), Brett Springer, Jordan Springer, Dillon Krueger (Christy Friel), Megan Krueger (Arman Zeljkovic); great grandchildren, Evelyn and Lindy Hamik, Duke and Remington Juelfs, Rielan, MiKynleigh and Payson Springer; sister, Grace Smith; numerous other nieces, nephews and extended family. Edna was preceded in death by her parents; husband, Don; sisters, Bertha Schultz, Berniece Shults and Gladys Peggy Bell; brothers, Virgil, Willard, Howard and Winfred Doudna

The family of Edna I. Springer created this Life Tributes page to make it easy to share your memories.

Send flowers to the Springer family.