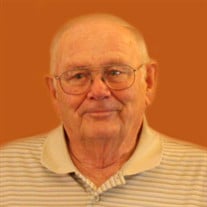 Garey “Pappy” L. Yocum, 86, Kearney, formerly of North Platte, passed away peacefully into the arms of his Savior, Jesus Christ Saturday August 8, 2020 at Good Samaritan Society St. John’s in Kearney. Due to Ft. McPherson’s restrictions concerning COVID-19, a private family graveside services will be August 13, 2020 at Ft. McPherson National Cemetery near Maxwell, Nebraska with Michael Yocum officiating. Military rites will be provided by the North Platte Veterans Honor Guard and the Nebraska National Guard Funeral Honors Team. In lieu of flowers memorials are suggested to the family to be designated later. You may contact Michael Yocum at 402-889-5869 to get further information about a family gathering after the service. Garey was born May 13, 1934 in Grand Island Nebraska, he lived a great part of his life in North Platte, Nebraska. He graduated from North Platte Senior High School and attended Kearney State Teachers college where he received his Bachelor of Arts degree in education. While at Kearney State he played football and was on the NCC championship team. After college he served in the US Army participating in Operation Sagebrush, during the Korean Conflict. Garey married Patsy Harper on May 27, 1956 in North Platte. Garey taught and coached at Stapleton High School. Garey and Patsy moved to North Platte where he worked at Young’s Sporting Goods traveling throughout Nebraska, parts of Kansas and Colorado calling on schools. He then taught briefly in the North Platte School System. He worked for a short period of time there after for the Union Pacific Railroad. His heart and passion called him back to Young’s Sporting Goods where eventually he became a part owner. He was actively involved in Fellowship of Christian Athletes serving on the state board, worked high school track meets running the shotput and discus competitions. He was member of the American Legion and the First Baptist Church of North Platte, serving as a deacon, church treasurer, Sunday school superintendent and sang in the church choir. He loved watching kids and grandkids activities but most of all he loved sharing his love of the Lord! Garey had a passion for Christ, his family, his work, and sports. In his younger years he played fastpitch softball, ran road races, played racquetball, rode bicycle regularly, and actively hunted and fished. Gary is survived by the love of his life, Patsy R. Yocum of Kearney, married 64 years; and their four children, Michael (Darcy) Yocum of Lincoln, NE, Shari (Greg) Neth of Sydney, OH, Traci (Rick) Humphrey of Comanche, TX, Dana (Dave) Welsh of Kearney; sister, Carolyn Cohen of Bertrand, 10 grandchildren, 14 great grandchildren, numerous family members, and friends. Preceding him in death were his parents Lawrence and Fonelle Donaldson, and brother Donald Lynn Yocum.

The family of Garey "Pappy" L. Yocum created this Life Tributes page to make it easy to share your memories.

Send flowers to the Yocum family.