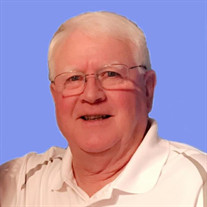 Gary W. Lynch, 73, of Kearney, passed away Monday, January 4, 2021 in Englewood, CO. Memorial Services will be on Saturday, January 9, 2021 at 10:00 a.m. at First United Methodist Church in Kearney. Rev. Melody Adams will officiate and burial will be at a later date. The memorial service will be live streamed and can be viewed by visiting the church website at www.kearneyfirstumc.org There will be no visitation. Masks are required for those attending the service. Memorials are suggested to the family, to be designated later. Online condolences may be submitted by visiting www.hlmkfuneral.com. Horner Lieske McBride & Kuhl Funeral and Cremation Services in Kearney is in charge of arrangements. Gary “Wren” Lynch was born in Hastings, NE on Jan 14, 1947 to Gerald and Catherine (Roffers) Lynch. He graduated from high school in Hastings before attending Kearney State College where he graduated with a bachelor’s degree in education. After teaching for a short time, he then began a career in insurance until his retirement. Although retired, he worked part time for Yellow Van Cleaning Services in sales and marketing where he was currently employed. He married Carol Tice in Lincoln on August 15th, 1970. They lived in Kearney where they raised 2 daughters. He spent the majority of his free time in the company of his friends while hunting, fishing, and golfing. He and Carol were members of the Kearney Country Club for nearly 50 years. More recently, he became a charter member of Awarii Dunes Golf Club. Most of all, he loved spending time with his four grandkids. Surviving relatives include his sister, Lori Wilwerding of Omaha, NE; daughters, Jenny Lynch and her husband Jaime Rogers and their children, Oakes and Indie Rogers all of Englewood, CO., and Taryn Schwartz and her husband Ryan and their children, Aubrey and Bennett all of Kearney. Gary was preceded in death by his parents, Gerald and Catherine Lynch; and his wife, Carol Lynch

The family of Gary W. Lynch created this Life Tributes page to make it easy to share your memories.

Send flowers to the Lynch family.