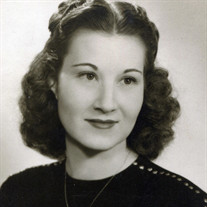 Irene Lottie Brezina, 99, of Kearney died Thursday, May 23, 2019 at her home due to congestive heart failure. Funeral services will be on Friday, May 31, 2019 at 10:30 a.m. at Horner Lieske McBride & Kuhl Funeral Home in Kearney. Rev. Rick Carlson will officiate and burial will be at the Litchfield, NE Cemetery. Visitation will be 1 hour prior to services at the funeral home. Memorials are suggested to the family, to be designated later. Please visit www.hlmkfuneral.com to leave a message or tribute of condolence. Arrangements are under the direction of Horner Lieske McBride & Kuhl Funeral and Cremation Services in Kearney. Irene was born Feb. 1, 1920 in Litchfield to Adam and Carrie (Ferree) Kieborz. She graduated from Litchfield High School, attended cosmetology school in Lincoln and then moved to Glendale, CA. There she lived with her cousin Dorothy Swan while she earned her California cosmetology license. She worked at Mack’s Wave Shop while attending Glendale City College where she received her AA degree in Commerce on June 15, 1944. She married Clarence James Brezina of Sumner, NE on Feb. 18, 1946, at the Wee Kirk o’ the Heather at Forest Lawn in California. Her husband attended Kearney College and worked at the Kearney Hub before joining the Army when WWII began. After making their home in Panorama City, in the San Fernando Valley, Irene gave birth to their daughter, Barbara Jane on Aug. 5, 1947. Irene was a career-oriented woman, and after working at Jherri Redding’s salon in Sherman Oaks, she opened her own salon and called it Lady Godiva. She ran the salon for 35 years and her clients included many Hollywood celebrities and their wives. Among her professional achievements was California’s Hairdresser of the Year. And at home she was an avid Scrabble player. She was very proud of her daughter’s accomplishments, including her graduation from the University of California, Northridge, where she received a degree in Journalism in 1971. Barbara finished her career as Fashion Editor of the Los Angeles Daily News in 2003, was listed in “Who’s Who in America”, received the international Aldo Award for fashion writing and later wrote “Portraits of Success” (Lupus International, 2006). Irene was able to attend many of the celebrations and when Barbara became ill with Systemic Lupus she and her husband Don De Witt moved in with her and they took care of each other, moving to Kearney in 2015. Left to cherish her memory are her daughter, Barbara De Witt; her granddaughters, Scarlett Irene Gonzalez of Las Vegas, NV and Lisa Lamb of Grand Island; She is also survived by great granddaughter, Ciara Gonzalez; great grandsons, Matthew Lamb of New Mexico and Jonathan Lamb of Washington; and a great-great grandson, Matthew Jr. Irene also leaves numerous nieces and nephews and a cousin, Dorothy Swan of Texas. Irene was preceded in death by her parents; her siblings, Arthur, Marjorie, Mildred, Elva, Bessie and Ross; and also her husband, James and son-in-law, Don De Witt.

Irene Lottie Brezina, 99, of Kearney died Thursday, May 23, 2019 at her home due to congestive heart failure. Funeral services will be on Friday, May 31, 2019 at 10:30 a.m. at Horner Lieske McBride & Kuhl Funeral Home in Kearney. Rev. Rick... View Obituary & Service Information

The family of Irene Lottie Brezina created this Life Tributes page to make it easy to share your memories.

Send flowers to the Brezina family.