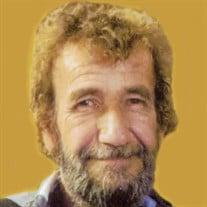 Jamie Carlson, age 64, of Kearney, passed away Sunday, May 22, 2022 at his home. Funeral services will be 10:30 a.m., Wednesday, June 1, 2022 at the First Baptist Church in Kearney with Pastor Steve Shanno officiating. Burial will follow at the Kearney Cemetery. Visitation will be from 5:00 p.m. to 7:00 p.m., Tuesday, May 31, 2022 at Horner Lieske McBride and Kuhl Funeral Home. Memorials are suggested to the family to be designated later. Jamie was born December 28, 1957 to Carl and Agnes (McKay) Carlson in Edmore, ND. Jamie grew up and attended school in Edmore before moving to Kearney, NE, where he attended Kearney State College. Jamie always had a passion for building homes. He worked for his brother-in-law Mac Brinegar before starting his own business, JC Construction. With his old school ways, he built hundreds of good quality homes in the area. Jamie married Diane Paist in Kearney, NE on August 22, 1981. To this union 3 children were born. Family was very important to Jamie. He was a very generous man, who could always be counted on to lend a hand. He is survived by his wife Diane of Kearney; sons Matthew Carlson of Kearney and Nicholas Carlson of Lincoln, and David Klingelhoffer; daughter, Alexis Carlson of Kearney; brothers Alvin Carlson of North Dakota, John (Sharon) Carlson of California, Danny (Beth) Carlson of California, Dale (Dee) Carlson of Montana, and Doug Carlson; sisters Jan (Keith) Kuebler of Kearney, Joyce (Dave) Voskamp of Colorado, Deb Sehm of Alaska; two grandchildren, a sister-in-law, Jeanne Carlson; in-laws Gene and Ellen Paist of Kearney; sister-in-law Jodi (Tim) Parsons of Kearney; brother-in-law Mike Paist of Kearney; and many nieces and nephews. Jamie was preceded in death by his parents; a brother Donn Carlson; a sister Anita Brinegar; brothers-in-law Mac Brinegar and Doug Sehm; a sister-in-law Sandy Eickhoff; and a nephew Mike Carlson.

Jamie Carlson, age 64, of Kearney, passed away Sunday, May 22, 2022 at his home. Funeral services will be 10:30 a.m., Wednesday, June 1, 2022 at the First Baptist Church in Kearney with Pastor Steve Shanno officiating. Burial will follow at... View Obituary & Service Information

The family of Jamie L. Carlson created this Life Tributes page to make it easy to share your memories.

Send flowers to the Carlson family.