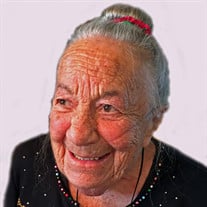 Jeanette Ferne Hansen, 84, of Kearney went home to her Lord Tuesday, May 8, 2018 at CHI-Good Samaritan Hospital in Kearney. Funeral Services will be Monday, May 14, 2018 at 10:30 a.m. at First Baptist Church in Kearney. Rev. Sean Dougherty will officiate and burial will be at Kearney Cemetery. Visitation will be prior to services Monday at the church. Memorials are suggested to the family to be designated at a later date. Visit www.hlmkfuneral.com to leave a tribute or message of condolence. Horner Lieske McBride & Kuhl Funeral and Cremation Services in Kearney is in charge of arrangements. Jeanette was born February 26, 1934 in Lowry, SD to Gottlieb and Lydia (Wolff) Schock, and was baptized and confirmed in Lowry Congregational Church where she grew up. She graduated from Gettysburg High School in 1952 where she was voted homecoming queen. After received her teaching certificate for rural teachers at Northern State University in Aberdeen, SD, she taught school at North Lowell School for two years, a one-room schoolhouse in Potter Country, SD. On August 15, 1954 she married Dean Hansen from Gettysburg. They raised five children in Rapid City, Denver and Grand Island where she worked as a secretary. The couple later divorced. Later in life she lived in Hastings and Kearney. Jeanette was vibrant woman who attended various churches in the communities where she lived and enjoyed bible studies. She enjoyed music, singing, dancing, selling Avon and sewing. Surviving relatives include daughters, Debra Hansen of Lakewood, CO, Kim Hansen of Grand Island, NE, DeeDee McNish and husband Kerry of Kearney; sons, Gary Hansen and Greg Hansen, both of Kearney; 5 grandchildren ; 8 great grandchildren; sister, Marcella Huber and husband Calvin of Lowry, SD; brother, Quinton Schock and wife Lyla of Arvada, CO. She was preceded in death by her former husband; brother, Donald Schock, and infant grandson Christopher.

Jeanette Ferne Hansen, 84, of Kearney went home to her Lord Tuesday, May 8, 2018 at CHI-Good Samaritan Hospital in Kearney. Funeral Services will be Monday, May 14, 2018 at 10:30 a.m. at First Baptist Church in Kearney. Rev. Sean Dougherty... View Obituary & Service Information

The family of Jeanette F. Hansen created this Life Tributes page to make it easy to share your memories.

Send flowers to the Hansen family.