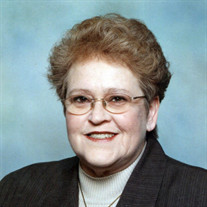 Jeanne Marie Wilson age 75, of Kearney Ne, was a caring, kind, supportive and loving Mom, Grandma, Great Grandma (Gigi) and friend. She left her family on June 9th, 2022, from cardiac arrest at CHI Health Good Samaritan Hospital surrounded by her daughter and granddaughter. A celebration of life will be arranged at a later date, with a burial in Pleasanton, NE. Memorials will be used to assist with cremation and burial expenses as well as donated to a charity in memory of Jeanne. Cards may be sent Horner Lieske McBride & Kuhl Funeral and Cremation Services, PO BOX 777 Kearney, NE 68848. She was born, December 31st 1946, in Red Oak Iowa to Frank and Enid (Snodgrass) Wilson. Jeanne graduated from Red Oak Community High School in 1965. She followed her dream, receiving her RN in 1969. After 29 years as an ICU nurse in both Nebraska and Arizona, she returned to school and completed her BSN, three months after having triple bypass surgery in 1998. She also went on and completed her APRN-C in 2003. She worked as a Nurse Practitioner for seven years before semi-retiring in 2010. She continued caring for the elderly in their homes until 2020 and recently cared for her sister until she passed away. Jeanne was united in marriage to Donald F. Wolfe on March 7th, 1970. She is survived by her daughter Marcy (Craig) Stephens of Pleasanton, granddaughter Cassie, great-granddaughter Victoria of Kearney, grandson Terry of Pleasanton, one brother, one sister, three nephews, one niece, two great nephews, one great niece, brother-in-law and many more who called her mom or grandma. She is preceded in death by her parents, a brother, two sisters and an ex-husband. The simplest pleasures in life brought immense joy to Jeanne, but her family was the light of her life, along with her “boys,” her grand pups. She enjoyed sewing and made many things over the years for her family and friends. Included were a complete “Miss Piggy” costume, all her grand-baby's nursery bedding, receiving blankets, bibs, and towels. She could sew anything. She crocheted baby hats for local hospitals, newborn dresses for Victoria and the cutest “Poppy” trolls' hat, just to name a few things she had made. Jeanne and Marcy spent many summer nights competing in catfish tournaments, fishing in their own boat together and placing first in a few beating the “men.” She will forever be known for her “Crack Brownies,” lovingly named by her family because they were so delicious and addictive. She took many trips with her family, the most memorable being Boston. After a few fuzzy navels, she returned to the hotel room, where she greeted her grandkids wielding a Star Wars lightsaber. Christmas mornings will never be the same, as she always came up with different ideas on how to wrap family presents, duct tape or zip ties were always included. She always had time to listen and would do anything for her family. She will be deeply missed by everyone who knows her.

The family of Jeanne M. Wilson created this Life Tributes page to make it easy to share your memories.

Send flowers to the Wilson family.