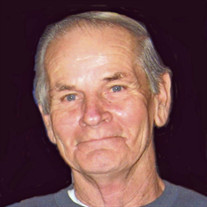 Jerry L. Decker, age 83, of Kearney, passed away Friday, November 12, 2021 at his home. Graveside services will be 11:00 a.m., Friday, November 19, 2021 at the Kearney Cemetery with Dean Pofahl officiating. Visitation will be 5:00 to 7:00 p.m., Thursday, November 18, 2021 at Horner Lieske McBride & Kuhl Funeral Home. Memorials are suggested to the family to be designated later. Please visit www.hlmkfuneral.com to leave a tribute or message of condolence. Horner Lieske McBride and Kuhl Funeral and Cremation Services are in charge of arrangements. Jerry was born April 16, 1938, in Kearney to Clarence and Blanche (Shubert) Decker. He attended Kearney High School and graduated with the class of 1956. During that time, he worked at George’s Market and loved riding his doodlebug scooters. In 1959, he married Carolyn Whitney of Funk. Shortly after they married they had 2 kids, Kelly and Shelly. They decided to move to California where Jerry secured a great job at RCA Service Co. After his marriage dissolved, Jerry decided to move back to Kearney to spend quality time with his parents and brother, Jim. He was also fulfilling his passion of rebuilding old cars with his high school buddies. As time went by, in 1995, Kelly also moved to Kearney to enjoy swamp meets and car building with his dad. Jerry was Kelly’s mentor. In the last 13 years, Jerry was enjoying the company of Colene Beck as they were classmates since 4th grade. They traveled often together to swap meets out of state and enjoyed each other’s companionship. Surviving relatives include Carolyn, Kelly and Shelly Decker. Jerry was preceded in death by his parents, Clarence and Blanche and his brother, Jim.

The family of Jerry L. Decker created this Life Tributes page to make it easy to share your memories.

Send flowers to the Decker family.