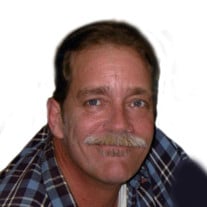 John P. Patsios, age 63, of Kearney, passed away Tuesday, June 22, 2021, at his home. Graveside services will be on Tuesday, June 29, 2021 at 10:00 am, at Kearney Cemetery. Father Christopher Morris will officiate. Visitation will be on Monday, June 28, 2021 from 5:00 p.m. – 7:00 p.m. at Horner Lieske McBride & Kuhl Funeral Home. Memorials are suggested to the family, to be designated later or to St. George Orthodox Church. Please visit www.hlmkfuneral.com to leave a tribute or message of condolence. Horner Lieske McBride & Kuhl Funeral and Cremation Services in Kearney is in charge of arrangements. John was born on July 11, 1957 in Kearney, NE to Nick D. and Betty P. (McDowell) Patsios. He attended Kearney High School and graduated with the class of 1975. He spent his early years working as a cook in restaurants owned by the family. After moving to Las Vegas, NV he continued his culinary skills working in several hotel restaurants. When he returned to Kearney, he worked several years with his brother Mick in their business, P & P Painting. John found a lot of joy restoring people’s homes with a fresh coat of paint and seeing them smile. He had a good sense of humor, was easy to talk to and enjoyed helping others. His family all agreed that he would often go without so that he could see others be happy. He enjoyed yard work and helping others with their gardens. As a talented handyman he found great joy in fixing anything that was broken. From tables and chairs, to an injured animal, he would spend many hours to restore them back to life. When a friend asked why he liked snakes, lizards, and salamanders he replied, “They need extra love because many people hate them.” That was John. Full of life and always with a smile. He was baptized at the Holy Trinity Greek Orthodox Church in Grand Island, NE and served as an altar boy at St. George Orthodox Church in Kearney. Surviving relatives include his brother, Mick Patsios of Kearney; sisters, Joanie Klein and husband Mark and Stephanie Patsios both of Kearney and Nancy Surina and husband John of Reno, NV; nephews Matthew Klein and Shawn Patsios and wife Heidi and children Schylar and Gavin Patsios of Kearney, Justin Surina and wife Brittany, and children Madeline and Christian Surina of Reno, NV, Jeﬀrey Surina of Las Vegas, NV and niece Jennifer Surina of Reno, NV. Aunts Arlene Patsios and Delores Garrelts both of Kearney, Suzanne Wilson and husband Dennis of Cozad, NE, Karen McDowell of Ravenna, NE as well as numerous cousins and several very dear friends. He was preceded in death by his parents, grandparents Don and Helen Patsios and Raymond and Elizabeth McDowell; brother, Nick D. Patsios, II.

John P. Patsios, age 63, of Kearney, passed away Tuesday, June 22, 2021, at his home. Graveside services will be on Tuesday, June 29, 2021 at 10:00 am, at Kearney Cemetery. Father Christopher Morris will officiate. Visitation will be on Monday,... View Obituary & Service Information

The family of John P. Patsios created this Life Tributes page to make it easy to share your memories.

Send flowers to the Patsios family.