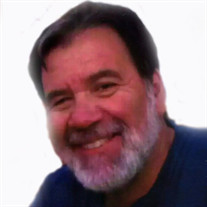 Jose Zapata, 63, of Kearney, died January 15, 2022 at Bryan Medical Center East Campus in Lincoln. Funeral services will be 10:30 am, January 21, 2022 at St. James Catholic Church in Kearney with Fr. Joe Hannappel officiating. Burial will follow the service at the Kearney Cemetery. Visitation will be from 5:00 to 7:00 pm, January 20, 2022 at Horner Lieske McBride & Kuhl Funeral and Cremation Services and one hour prior to the service at the church. Memorials are suggested to the family to be designated later. Jose was born October 21, 1958 in Hondo, Texas to Jose and Guadalupe (Garcia) Zapata. The family moved to Kearney, and he graduated from Kearney High School in 1977. Jose graduated from Kearney State College in 1982. He went on to work for Mid-Nebraska Community Services in the Kearney area for many years. Jose was active in the community serving on the Kearney Area Habitat For Humanity Board from 1990 to 2001, Kearney City Council from 1992to 2002, Nebraska State Head Start Association Board Member 2002 to 2012, Grand Island City Council from 2007 to 2010. In 1998 Jose was named the Hispanic Man of The Year. Jose loved being a grandpa and spending time with his family. He enjoyed traveling and being a foodie. Jose is survived by his daughters, Cadie and Kyle Johnson of Manhattan, KS, McKenzie Zapata of Grand Island, NE; grandson, Elijah Johnson of Manhattan, KS; brothers, Tino Zapata of Kearney, Gabriel and Christina Zapata of Kearney, Max and Betty Zapata of Alliance, NE, Victor Zapata of Kearney, Paul Zapata of Kearney; sister, Gloria Arredondo of Kearney; many nieces and nephews. Jose was preceded in death by his parents, grandson, Elliot Johnson, and brother Ricky Zapata.

The family of Jose A. Zapata Jr. created this Life Tributes page to make it easy to share your memories.

Send flowers to the Zapata family.