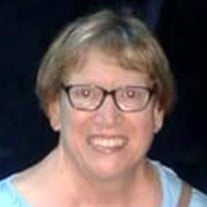 Karen L. Triplett, 69, of Kearney, died Thursday, May 16, 2019 at the Good Samaritan Society St. John’s in Kearney. Memorial Services will be 10:30 am, May 21, 2019 at the First Baptist Church in Kearney with Pastor Sean Daugherty officiating. Burial will be at the Sumner Cemetery. Memorials are suggested to the Thailand Baptist Mission or the First Baptist Church in Kearney. Karen was born June 9, 1949 in Kearney to Roland and Susan (Hothem) Triplett. She grew near Sumner and graduated from Sumner-Eddyville-Miller (SEM) in 1967. She was a 1971 graduate of Kearney State College with a teaching degree. She taught 19 years at Oxford, Arcadia, Oconto, Mullen, and Wilsonville, spending summers as a camp counselor at Moses Merrill. In 1989, Karen became Youth Director at Wesley United Methodist Church in Illinois. She moved to Kansas to complete a Master’s Degree in Religion from Central Baptist Theological Seminary in Kansas City working at an inner-city daycare while there. Karen served as a missionary to Thailand. Returning to Kearney, Karen became the “car seat” lady working for Good Samaritan Hospital Foundation leading the Safe Kids Program for over 20 years. She also worked with youth at Good Samaritan Hospital through Richard Young Hospital. She was a faithful member of the 1st Baptist Church where she also worked with kids of all ages as well as numerous bible study groups. After retiring in 2015, Karen substitute taught at local schools and enjoyed seeing her great nieces and nephews in the classrooms. In the summer months, she worked for the Nebraska Department of Tourism sharing her love of Nebraska with travelers from all over the world. Karen’s passion was working with kids, whether through the car seat and bike safety program, or teaching. Her greatest joy was her nieces and nephews. She had a talent for taking pictures of the kids she loved, and the places she traveled to. She touched many lives through her teaching, counseling and mission work. Karen is survived by her sisters, Kathie Burr and husband Jerry from Sumner, NE, Sandra Sleicher from Kearney, NE; brother Dennis Triplett and wife Peggy from Sumner, NE; many nieces and nephews. Karen was preceded in death by her parents and infant brother Russel Triplett.

Karen L. Triplett, 69, of Kearney, died Thursday, May 16, 2019 at the Good Samaritan Society St. John&#8217;s in Kearney. Memorial Services will be 10:30 am, May 21, 2019 at the First Baptist Church in Kearney with Pastor Sean Daugherty officiating.... View Obituary & Service Information

The family of Karen L. Triplett created this Life Tributes page to make it easy to share your memories.

Send flowers to the Triplett family.