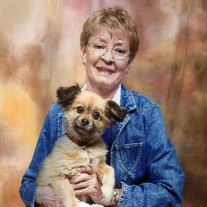 Laraine R. Neu, age 80, of Kearney, passed away Thursday, August 5, 2021 at Good Samaritan Society – St. Luke’s in Kearney. Funeral services will be Thursday, August 19, 2021 at 10:30 a.m. at Horner Lieske McBride & Kuhl Funeral and Cremation Services in Kearney. Pastor Dean Pofahl will officiate and burial will be in the Sumner, NE Cemetery. Visitation will be 1 hour prior to services on Thursday at the funeral home. Memorials are suggested to the family, to be designated later. Please visit www.hlmkfuneral.com to leave a tribute or condolence. Horner Lieske McBride & Kuhl Funeral and Cremation Services in Kearney is in charge of arrangements. Laraine was born on July 16, 1941 in Greeley, CO to Howard C. and Elma L. (Johnson) Neu. She attended Sumner, NE High School and graduated with the class of 1959. She later moved to Virginia where she served as a police officer. After retirement, Laraine was involved in Habitat For Humanity. She greatly enjoyed the company and companionship of her dogs. Laraine is survived by her daughter, Teri Rampolla of Connecticut; son, Thomas (Christy) Snipp of Vermont; brother, Roger (Joann) Neu of Kansas City, MO; sister, Patricia (Stan) Rasmussen of Lexington, NE; 4 grandchildren, Holly, Elaina, J.T. and Tom; niece, Shelby Rasmussen; nephew, Scott Rasmussen; very close friends, Peggy Choplin and Pam Miller She was preceded in death by her parents.

The family of Laraine R. Neu created this Life Tributes page to make it easy to share your memories.

Send flowers to the Neu family.