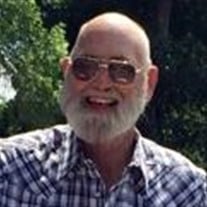 Leslie “Les” C. Stevens, 76, Kearney, died Monday, January 7, 2019 at CHI Health – Good Samaritan Hospital in Kearney. Funeral services will be on Friday, January 11, 2019 at 2:00 p.m. at Horner Lieske McBride & Kuhl Funeral and Cremation Services in Kearney. Pastor Dean Pofahl will officiate and burial will be at Armada Cemetery in Miller, NE. Visitation will be on Thursday, January 10, 2019 from 5:00 p.m. – 7:00 p.m. and also 1 hour prior to services on Friday, all at the funeral home. In lieu of flowers memorials can be sent to the family for later designation. Online condolences may be submitted at www.hlmkfuneral.com Horner Lieske McBride & Kuhl Funeral and Cremation Services in Kearney are in charge of arrangements. Leslie Charles Stevens was born in Cheyenne, Wyoming on May 17, 1942 to William W. and Etta Deldee (Martin) Stevens. He grew up on the family farm near Miller, Nebraska. He attended school there and graduated from Sumner High School in 1961. Les moved to Hastings shortly after graduation for work where he met his wife, Margene A. Rose. They were married on May 7, 1966 in Rosemont, Nebraska at Calvary Lutheran Church. They made their home in Hastings where they had three children. They moved to Kearney in 1974. Les worked for Nebraska Department of Roads, Rockwell International, Eaton Corporation and owned and operated Stevens’ Lawn Service and Fencing. He later worked at the Buffalo County Court House and retired in 2005. He was a member of the Kearney Men’s Bowling Association and was inducted into the Kearney Bowling Hall of Fame in 1996. He bowled on several leagues throughout the years. He was a former member of the Eagles club where he served as president and also held other offices. Les enjoyed reading and took great pride in his flower and vegetable gardens. He loved to fish and spend time with family and friends. He will be remembered for his infectious smile, sense of humor and loyal friendship. He is survived by wife of 52 years, Margene; His children, William (Bill) Stevens of Gothenburg, Laura Davis of North Platte and John Stevens and his wife Lisa of Kearney; Seven grandchildren, Eric Stevens of Lincoln, Carlie Stevens of Omaha, Hayley Stevens of Gothenburg, Amelia, Olivia and Elaina Davis of North Platte and Tyler Stevens of Kearney; brothers, Wendell (Joan) Stevens of Kearney, Mike Broadbent of Green Bay Wisconsin; sister, Virginia (Don) Butler of Elm Creek. He was preceded by his parents and stepfather, Stanley Broadbent; father in law, Frank Rose; brother, Eldon Stevens; sister and brother in-law, Geneva and Jim Sickler; son in law, Shawn Davis; infant granddaughter, Kayla Stevens.

The family of Leslie "Les" C. Stevens created this Life Tributes page to make it easy to share your memories.

Send flowers to the Stevens family.