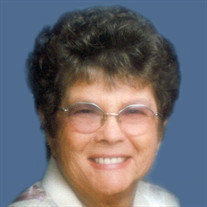 Norma L. Rodehorst, 88, of Kearney, passed away Tuesday, August 4, 2020 at Cambridge Court Assisted Living in Kearney. Memorial services will be held 10:00 a.m., August 10, 2020 at Horner Lieske McBride & Kuhl Funeral and Cremation Services with Pastor Dean Pofahl officiating. Burial will follow the service at the Pleasanton Cemetery. For those planning on attending the service, a mask is recommended. Visitation will be from 2:00 to 4:00 p.m., August 9, 2020 at the Horner Lieske McBride & Kuhl Funeral and Cremation Services. Memorials are suggested to Cambridge Court in Kearney. Norma was one of eight children born to Lucile (Randle) & J Frederick Stone in Los Angeles, California on April 16, 1932. Upon her parent’s deaths, Norma, at the age of eight and her sister Patty, were adopted by Gilbert and Jessie (Munn) Harris. She grew up in California and graduated from Burbank High School. She came to Nebraska to attend Nebraska State Teachers College in Kearney and to be closer to her Grandma Eleanor Munn. While at college, Norma was a member of the Wagoneers Dance Team and Delta Pi Beta (Chi Omega) Sorority. It was during college when Norma met Sid Rodehorst of Pleasanton. They married on July 1, 1955 in Kearney and enjoyed 54 years of marriage before his death in December 2009. Norma was the bookkeeper and office manager for their land leveling business, Rogers Irrigation Development in Kearney until 1985. She then worked many years for Pat and Dwayne Lewis as a bookkeeper at Lewis Feedlot. Prior to retirement, Norma enjoyed taking care of the babies at Little Peoples World daycare center. Norma and Sid owned Sid’s Miniatures where they raised and sold miniature animals. She also raised registered Boxer puppies. Norma enjoyed cooking Sunday dinners of fried chicken for her family when they lived north of Kearney. After dinner entertainment usually consisted of a game of cards, or some type of miniature animal needing bottle fed or nurtured in their living room. Norma loved attending her grandchildren’s events and would keep every program, thank you note and newspaper clipping that her grandchildren were mentioned in. She later turned these mementos into a scrapbook for each grandchild when they graduated from high school. Norma was a longtime season ticket holder of the Tri-City Storm Hockey and enjoyed attending their games. She was a past member and president of Kearney Elk’s D.O.E.S. and golfed women’s league at Buffalo Ridge golf course. She and Sid spent many weekends in the summer entertaining friends and family on their houseboat “Foolish Pleasure” at Lake McConaughy. In the fall and winter months, they could be found at exotic animal sales throughout Nebraska and South Dakota. Norma is survived by her sons, Randy (Shelly) Rodehorst: Rex (Julia) Rodehorst; daughter, Tammy Jo Rodehorst all of Kearney; grandchildren, Ryan Rodehorst, Allie (Tate) Marchand, Shannon Rodehorst, of Kearney, Afton (Wade) Christen of Anselmo, NE, Shawn Rodehorst, and April Rodehorst of Kearney; great grandchildren, Kirby and Korbin Marchand of Kearney, and Beau Christen of Anselmo, NE; sister, Patty Dalldorf of Glendale, AZ; brother-in-law, Keith (Jan) Rodehorst of Kearney; sister-in-law, Helen Rodehorst of Bennett, CO; special friend and neighbor Maxine Lewis of Kearney; numerous nieces and nephews. Norma was a devoted wife, mother, grandmother, great grandma, aunt and friend to those who had the pleasure of knowing her gentle nature and kind soul. Norma was preceded in death by her husband, son Tommy Rodehorst, three brothers, and three sisters.

The family of Norma L. Rodehorst created this Life Tributes page to make it easy to share your memories.

Send flowers to the Rodehorst family.