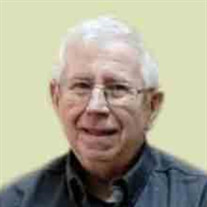 Patrick B. Swift, 72, of Kearney, died peacefully in his sleep February 17, 2022 at his home. Private family services will be held at a later date. Memorials are suggested to the family for a college education fund that will be established for his grandchildren. Pat was born August 13, 1949 in Kearney to Keith and Delores (Muller) Swift. He grew up in Kearney and graduated from Kearney High School in 1967 and then attended Kearney State College. Pat married Kathy Bish on October 28, 1970 in Alma, Nebraska and they made their home in Kearney. He spent much of his time as a child at his grandparents’ farm in Miller and that led to his lifelong love of livestock. He participated in 4-H throughout his youth showing sheep and cattle. When they were first married, Pat raised hogs, sheep and a few heifers. That eventually led to him to start his own cattle herd. He grew that herd in the years to come while working full time at Western Alfalfa, Dekalb and Cash-WA Distributing Company. He and his brother David also owned and operated Interstate Underground Sprinklers until the mid-1980s. He loved being at the farm in Miller and was happiest working with his beloved Black Angus cattle. He made many good friends from his farm work and enjoyed all of the time he was able to spend with them talking about crops and cattle. He was always happy to lend a helping hand to his farming neighbors when needed and he loved working with many family members who farmed in the area. Pat was a jack of all trades and never found a project too big to tackle. He was always working on a project outside of his full-time work and farm schedules. He could build and fix anything and he was a wealth of information. If anyone had a question, the first thing they did was check with Pat, and he always had the answer. His kids lovingly referred to him as Patipedia because he just seemed to know everything. He loved spending time with his boys and never missed a single swim meet, baseball or basketball game. He spent many years coaching Little League and was active on the Kearney Legion and Little League boards. He was such a positive and happy person that everyone loved. After retiring from the farm, his life revolved around his three grandsons. He was the best Papa and would spoil them rotten and then return them home. He said that was his job. Pat is survived by his wife, Kathy Swift; sons, Brent and Amanda Swift, Keith and Jami Swift; grandsons, Henry Swift, Kamden Swift, and Greyson Swift all of Kearney; sister, Connie and Kevin Hendrickson of Lakewood, CO; brother, Tom and Patty Swift of Glendale, AZ; and sister-in-law, Patti Swift of Kearney. Pat was preceded in death by his parents and brother David Swift.

Patrick B. Swift, 72, of Kearney, died peacefully in his sleep February 17, 2022 at his home. Private family services will be held at a later date. Memorials are suggested to the family for a college education fund that will be established... View Obituary & Service Information

The family of Pat B. Swift created this Life Tributes page to make it easy to share your memories.

Patrick B. Swift, 72, of Kearney, died peacefully in his sleep...

Send flowers to the Swift family.