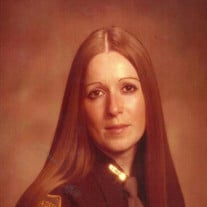 Patricia ‘Patty’ A. Johnson, age 68, of Kearney, passed away Thursday, January 20th, 2022 in Kearney. Memorial services will be 10:30 a.m., Saturday, March 5, 2022 at Horner Lieske McBride & Kuhl Funeral Home. Memorials are suggested to the family to be designated later. Memorials are suggested to the family to be designated later. To leave online condolences please visit www.hlmkfuneral.com. Horner Lieske McBride & Kuhl Funeral and Cremation Services is in charge of arrangements. Patricia ‘Patty’ Ann Johnson’s life, filled with family, service to others, adventure, travel, and love for animals does not end with her death but rather is carried on by those who loved her and learned from her. In her youth Patty enjoyed spending time with her father at the Buffalo County Courthouse where he worked as a janitor. Patty took up roller skating at the Roller Ranch and competed in many figure skating events and roller hockey games. She also rode and showed horses named ‘Old Red’ and ‘Theme Songest’ in 4-H, Glenwood Wranglers, and open horse shows. Patty would cruise Central Avenue on her horses until she was able to drive. After high school Patricia attended the Colorado Police Academy and served as a deputy sheriff on the Weld County (Greeley Colorado) Sheriff’s Department for over ten years. After returning to Nebraska Patty served as an overnight counselor at the YRTC. Patty had a selfless driven love when it came to her family. She joyfully invested her whole self into their care and wellbeing. Patty surrounded herself with living things and found great joy and satisfaction in caring for other people and animals. She would often help a turtle across the road and help out stray dogs and cats. She raised Macaw parrots, Bengal cats, dogs, and tortoises. She showed her Bengal cats in shows all around the United States and won several best of show, Grand Championships. Her love of life also led her to a place full of life, the Ocean. Patty was an advance open water diver and a member of The International Oceanographic Foundation. Patty always made herself available to help out a friend or neighbor in need. Patty will be lovingly remembered by her son Landon Johnson, and his two children, Nolan and Kodah, her mother Lola Mae Johnson, her nephew Jeff Coleman, cousins Keith Johnson, Don Johnson, and special friends Norma Stelzner, Kevin Christofel, Joel Bieschke, and Larry Chamberlin, and numerous other friends and family members. Patty was preceded in death by her father Warren ‘Shine’ Johnson, her sister Sherry Coleman, nephew Blake Coleman, and brother-in-law Bill Coleman.

The family of Patricia 'Patty' A. Johnson created this Life Tributes page to make it easy to share your memories.

Send flowers to the Johnson family.