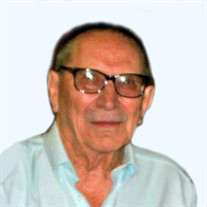 Richard “Dick” Glenn King, age 85, of Kearney, passed away Friday, April 15, 2022 at Mother Hull Home in Kearney. An open house will be on Sunday, April 24, 2022 from 1:00 p.m. – 5:00 p.m. with a memorial service at 3:00 p.m. at his sister Audrey’s home, 2912 Antelope Avenue in Kearney. There will be no visitation. Memorials in lieu of flowers in Richard’s honor are suggested to the organization of your choice. Please visit www.hlmkfuneral.com to leave a tribute or message of condolence. Horner Lieske McBride & Kuhl Funeral and Cremation Services in Kearney is in charge of arrangements. Richard was born on January 8, 1937, the third child of Glenn R. and Elsie (Gustafson) King on a farm 7 miles north of Miller, NE. His family later moved near Riverdale and then north of Kearney. He attended Kearney High School and graduated in 1955. He worked for Grant’s, Swan’s Furniture and in construction while farming with his dad. He began farming full time after his dad lost his leg in a farm accident in 1958. In 1961 Richard and Glenn purchased land south of Mason City and they farmed together until 1970 when his parents moved to Kearney. Richard began a partnership with his brother Randy and they farmed and raised livestock together until 1988 when he began working for Dale Zoerb. Richard moved to Kearney in 1997 where he worked remodeling and repairing many stores in downtown Kearney. He enjoyed playing cards, teasing his nephews and nieces and sharing his humor with everyone. He was a member of the Kearney Eagles Club #2722 since 1962. Surviving relatives include sisters, Joan Meier of Kearney, Donna (Cleve) Kennedy of Mullen, NE, Sandra Behn of Hickman, NE, Audrey Taylor of Kearney, Peggy (Dennis) Triplett of Sumner; sister in law, Susan Johnson King of Kearney; all his favorite nieces and nephews. He was preceded in death by his parents; brother, Randy King; sister, Ilene King; brothers in law, Robert Meier and Gordon Taylor; nephews, Michael Meier, David Meier, Devin King and Terry Smith.

The family of Richard "Dick" Glenn King created this Life Tributes page to make it easy to share your memories.