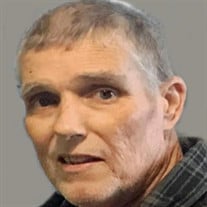 Ricky Ray Epley, age 59, of Pleasanton, passed away Friday, March 20, 2020 at CHI Health Good Samaritan. Private Family Graveside Services will be 2:00 p.m., Wednesday, March 25, 2020 at the Pleasanton Cemetery with Pastor Dean Hanson officiating. There will be no visitation. A Celebration of Life Memorial Service will be held at a later date. Memorials may be made to Grace Lutheran Church in Pleasanton or to the family to be designated later. Cards may be mailed to Horner Lieske McBride & Kuhl Funeral Home, care of Rick Epley Family, 2421 Avenue A, Kearney, NE. 68847. Please visit www.hlmkfuneral.com to leave a tribute or message of condolence. Horner Lieske McBride & Kuhl Funeral and Cremation Services in Kearney is in charge of arrangements. Rick was born August 15, 1960 in Kearney, Nebraska to Donald and Janice (Heisner) Epley. He attended grade school in Kearney and Amherst and later graduated from Pleasanton High School in 1979. He worked delivering livestock feed after graduation. In 1985, he began working with Landscapes Unlimited as a heavy equipment operator and spent the next 16 years traveling around the United States and even Jamaica building golf courses. He helped build several PGA courses and met Arnold Palmer, Hale Irwin and Greg Norman. In 2004, he decided to quit traveling and worked for a year as a Youth Security Specialist at YRTC. He then went back to operating heavy equipment for Bob Cook Construction and in 2009 started work at the Buffalo County Department of Roads. He married Stacey Keen in 1991. They later divorced but Rick continued to be involved in his stepdaughter’s life and was very close to her two children. He was a talented guitar player and singer and spent many hours playing music with his dad, uncles and nephews. He was a very compassionate person and would help anybody in any way he could. He is survived by his step-mother Roberta Epley of Texas; sister Becky (Tom) Eckhout of Pleasanton; brothers Rod (Patti) Epley of Phoenix, AZ and Ron Epley of Pleasanton; his step-daughter Alisha Quintana and her children Koby and Brielle; step-sister Bobbi (Warren) Froscheiser of Texas; step-brothers Gary (Mary) McGee of Kearney, NE and Nathan (Laura) McGee of Kansas; nephews Jeff (Bekah) Eckhout, Mitch Eckhout, Ryan Eckhout, Blake Eckhout, all of Pleasanton, James Harper of Phoenix, AZ, and Eric Epley of Omaha; nieces Becky Epley of Phoenix, AZ and Madison Epley of Durango, CO; great nephew Henry and great nieces Addy and Aurora; four aunts and several cousins. He was preceded in death by his mother in 1971, his father in 2007, his grandparents, several aunts and uncles and a cousin.

The family of Rick R. Epley created this Life Tributes page to make it easy to share your memories.

Send flowers to the Epley family.