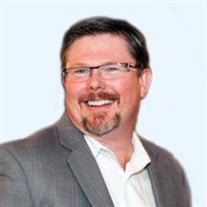 Rodney “Rod” Ray Svoboda, 53, of Upland, NE passed away on Saturday, January 30, 2021 as a result of an automobile accident. Funeral services will be on Monday, February 8, 2021 at 10:30 a.m. at New Life Church in Kearney. Burial will be at 2:00 p.m. at the Upland, NE Cemetery. Rev. Roger Wendt will officiate. Visitation will be on Sunday, February 7, 2020 from 3:00 pm – 5:00 p.m. at the funeral home and also 1 hour prior to services on Monday at the church. Memorials are suggested to the family, for later designation. Please visit www.hlmkfuneral.com to leave a tribute or message of condolence. Horner Lieske McBride & Kuhl Funeral and Cremation Services in Kearney is in charge of arrangements. Rod was born in Shelton, NE to George and Deanne (Russell) Svoboda on February 12, 1967. Rod attended school in Shelton and graduated from Shelton High School in 1985. At the age of 16 he met the love of his life, Laurie. Rod attended Central Community College in Grand Island, NE. Rod and Laurie were married at the United Methodist Church in Shelton, Nebraska on August 22, 1987 and later were blessed with two wonderful daughters, Rochelle Marie in 1988 and Sarah Renee in 1991. He worked at West Company followed by Kelly Electric in Kearney before relocating to Littleton, Colorado where they lived for 16 years. While in Colorado he worked for Design Electric followed by Integrity Electrical Solutions. Rod and Laurie relocated back home to Nebraska and settled in Upland in 2018 to be closer to family. He worked at IES Commercial in Holdrege until the time of his death. In Rod's free time he enjoyed fishing, hunting, woodworking, and cooking. Some of his greatest joys were the moments he spent with his children and grandchildren. He enjoyed playing games and was always cooking something delicious for those he loved. While living in Colorado, Rod was a member of Dakota Ridge Church where he served as a deacon for many years. He was also known as “Commander Rod” for Royal Rangers. After returning to Nebraska, Rod attended his home church, New Life in Kearney where he served on the host team. Rod is survived by his daughters, Rochelle (Blake) Frost of Gothenburg, NE and Sarah (Tyler) Barone of Littleton, CO; Grandchildren, Melody Barone, Asher Barone and Otto Frost; Brothers Russell (Vicki) Svoboda of Abingdon, VA and Rock Svoboda of AZ; Brother-in-law, Heath (Lori) Gregor of Gainesville, FL; Sister-in-law, Dawn (Travis) Kovarik of Kearney, NE; numerous aunts, uncles, nieces and nephews; and special friend Susan Halpin of Kearney, NE. Rod was preceded in death by his wife Laurie; his parents; and father-in-law and mother-in-law.

The family of Rodney "Rod" Ray Svoboda created this Life Tributes page to make it easy to share your memories.

Send flowers to the Svoboda family.