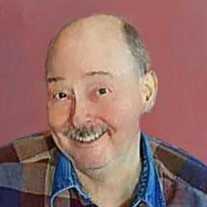 Ronald James ‘Jim’ Rech, age 63, of Kearney, passed away quietly at his home on Friday, April 17, 2020. A Memorial Service will be 1:00 p.m., Friday, April 16, 2021 at Saint James Catholic Church in Kearney with Father Joseph Hannappel officiating. Memorials are suggested to the Kearney High School Girls’ Track Team. Horner Lieske McBride & Kuhl Funeral and Cremation Services is assisting the family with arrangements. Ron was born in Fullerton, Nebraska to Richard and Evelyn Rech on November 15th, 1956. He grew up on the family farm and attended grade school at St. Peter’s Catholic School until Christmas of his 3rd grade year. The family then moved to Grand Island where he participated in many sports including wrestling and football. He graduated from Grand Island Senior High in 1975. He attended Kearney State College where he enjoyed working as an assistant in the intramural department and serving as a volunteer assistant softball coach for several years. He loved working with the softball team, made many lifelong friends and was a great storyteller who remembered all of the details when regaling tales. He graduated with an Elementary Education Degree in 1981. After graduation, Ron continued his education adding degrees in Middle School and Special Education while working as a paraeducator, and behavioral specialist at Walnut Junior High for many years. He later taught special education at Spalding, Ansley, Litchfield and the Broken Bow consortiums. He met Terri Koenig, while teaching and they were married on April 18th, 2008. They made their home in Kearney, Nebraska where they currently resided. Ron was an expert of all things sports, especially Nebraska Cornhuskers. He spent many spring evenings listening to Husker baseball on the radio. He enjoyed coaching several activities including softball and track and field. He coached and umpired softball for over 20 years in the Grand Island community. He was recently recognized for his dedication to the GI softball community. Everyone who knew Ron knew he loved to can, cook and bake. He could often be found at family gatherings cooking and was known for his specialty dishes including homemade salsa, lasagna, shrimp dip and brookies. He loved to surprise his coworkers, family and medical staff with his treats. He was delighted to watch any cooking show and had seen the Lord of the Rings and Marvel movies more times than you can count. Billy Joel and Jimmy Buffet could be frequently heard playing on his record player. Being outdoors, visiting family, deep-sea fishing with his brother in Florida were some of his favorite past-times. He enjoyed tinkering in his garage and never said no when his family asked to help with a project. Although being unable to travel very often the last few years due to health issues, he filled his time visiting with his mom, siblings, helping his step-children and spoiling his grandchildren. He found great joy in following his nieces’ and nephews’ activities and was never too busy to play games with them. He had a beloved place in his heart for animals including his dog, Little Man and cats, Alley, Hootchie, Bob and Betsy. He was a member of the St. James Catholic Church. Ron is survived by his wife, Terri; stepchildren: Joseph and Jordane Glesinger of Hastings, NE; Kelly and Daniel Dugan of Greeley, NE; Taylor Glesinger of Spalding, NE; mother, Evelyn Rech of Grand Island, NE, siblings: Robert and Pat Rech of Tucson, AZ; Roger and Janet Rech of Sierra Vista, AZ; Rodney and Karina Rech of Lexington, NE; Richard and Anne Rech of Greeley, NE; Rebecca and David Cutler of Bellingham, WA; grandchildren: Colten and Raelyn Dugan of Greeley, NE; several nieces and nephews. Ron is preceded in death by his father, Richard T. Rech.

The family of Ronald 'Jim' J. Rech created this Life Tributes page to make it easy to share your memories.

Send flowers to the Rech family.