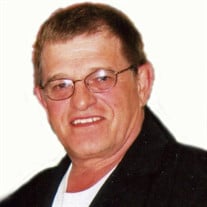 Scott A. Dobberstein, 64, of Kearney, died on Monday, June 10, 2019 at CHI Health - Good Samaritan Hospital in Kearney. Funeral Services will be on Monday, June 17, 2019 at 10:00 a.m. at First Baptist Church in Kearney. Pastor Sean Dougherty will officiate and burial will be at Kearney Cemetery. Visitation will be on Sunday, June 16, 2019 from 5:00 p.m. – 7:00 p.m. at Horner Lieske McBride & Kuhl Funeral Services in Kearney and also 1 hour prior to services at the church on Monday. Memorials are suggested to the family, to be designated later. Please visit www.hlmkfuneral.com to leave a tribute or message on condolence. Horner Lieske McBride and Kuhl Funeral Home is in charge of arrangements. Scott was born on September 5, 1954 in Kearney, NE to Albert and Delores (Walker) Dobberstein. He attended Kearney High School and graduated in 1972. He went into the family business, Dobberstein Roofing, after high school and continued until his retirement. He married Nancy Bonnell on May 22, 1987 in Kearney. Scott was a member of First Baptist Church in Kearney and was a past member of the American Legion Post #52, Kearney B.P.O. Elks Lodge #984, Kearney Eagles Lodge and the Central Nebraska Auto Club. He enjoyed classic cars, animals, gardening, fishing, listening to music and generally spending time outdoors. He also greatly enjoyed spending time with his nieces and nephews. Scott is survived by his wife, Nancy of Kearney; son, Chad Dobberstein of Idaho; sisters, Nancy (John) Dunn of St. Petersburg, FL and Linda (Jeff) Marsh of Lincoln, NE; also several other nieces, nephews, cousins, other extended family and friends. Scott was preceded in death by his parents; mother and father in law, Kathleen Bonnell and Darrell Bonnell

The family of Scott A. Dobberstein created this Life Tributes page to make it easy to share your memories.

Send flowers to the Dobberstein family.