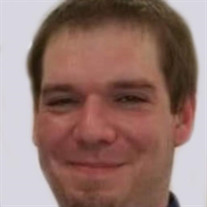 Shane M. Hoffman, 28, of Shelton, died on Sunday, April 14, 2019 in Kearney as a result of an automobile accident. Memorial services will on Saturday, May 4, 2019 at 3:00 p.m. at Horner Lieske McBride & Kuhl Funeral and Cremation Services in Kearney. Pastor Dave Cumming will officiate and burial will be later. There will be no visitation. Please visit www.hlmkfuneral.com to leave a message or tribute of condolence. Arrangements are under the direction of Horner Lieske McBride & Kuhl Funeral and Cremation Services in Kearney. Shane was born on April 9, 1991 in Thornton, CO to Sean D. and Michelle A. (Savacool) Hoffman where he was anxiously greeted by his two sisters, Sara and Stephanie. Shane attended both Maywood and Medicine Valley Public schools. He obtained his GED at the age of 16. In June 2017 Shane was blessed with his daughter, Victoria Marie and she became his biggest focus in life. Shane inherited a great love for cooking from his Great Grandpa Howard, Grandpa Dick and his dad so much so that he had several cooking jobs throughout the area. At the time of his passing, he was employed by Casey’s General Stores and Cub’s Den Bar and Grill in Axtell. Shane had a genuine love for all animals a trait he inherited from Grandma Cathy. He never met a dog that he did not seem to have a loving connection with. Shane was deeply committed to his beloved Huskers and Broncos. Rain or shine he always believed the best of his favorite teams. Surviving relatives include his daughter, Victoria, father, Sean and Cassie Hoffman of Sutherland, NE; mother, Michelle and Stan Chiantaretto of Thorton CO; Grandparents Marge Davenport, Daryl Snider and Dorene Hoffman, sister, Stephanie(Jonathon) Schmidt, step sisters Melissa(Nathan) Veal, Traci (Dusty) Kramer, and Adrian (Zzyzx) Brown, close cousins Denae Owens, Christian and Stephen Hoffman as well as many other cousins, nieces aunts and uncles. Shane was preceded in death by his sister, Sara, grandparents, Chuck Savacool, Richard Hoffman and Cathy Snider, and Uncle Scott Hoffman. Shane will be deeply missed by all who knew his smile and felt his comfort and warm humor. Following memorial services, family and friends will have a balloon release in Harmon Park. A memorial has been established for his daughter.

Shane M. Hoffman, 28, of Shelton, died on Sunday, April 14, 2019 in Kearney as a result of an automobile accident. Memorial services will on Saturday, May 4, 2019 at 3:00 p.m. at Horner Lieske McBride & Kuhl Funeral and Cremation Services in... View Obituary & Service Information

The family of Shane M. Hoffman created this Life Tributes page to make it easy to share your memories.

Send flowers to the Hoffman family.