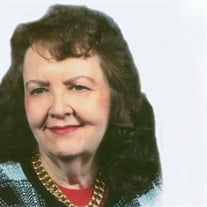 Suzanne M. Morrissey, 87, Kearney, died March 31, 2018 at C.H.I. Health Good Samaritan Hospital in Kearney. Mass of Christian Burial will be 10:30 a.m., April 5, 2018 at St. James Catholic Church with Fr. Joseph Hannappel officiating. Burial will follow at Kearney Cemetery. The family will greet friends during visitation from 6:00 to 8:00 pm, April 4, 2018 at Horner Lieske McBride and Kuhl Funeral and Cremation Services, and one hour prior to the service Thursday at the church. Memorials are suggested to the American Red Cross. Suzanne was born December 8, 1930 in Davenport, Iowa to John and Rachel (Daugherty) Tobin. She grew up in Davenport and graduated from Davenport High School in 1949. After high school she received her Hygienist Degree from the University of Iowa. In July of 1945 she walked the streets of Davenport selling War Bonds, and sold enough to build the entire upper deck of the aircraft carrier Saratoga. She received an award from the Henry Morgenthau Jr.-the Secretary of the Treasury. On June 16, 1951 she married John J. Morrissey, the love her life! They did everything together. They were a very loving and happy couple. They had a beautiful baby girl, after losing several babies. Suzanne led a very active life, working at Kearney Floral as their bookkeeper and sometime floral designer. Also attending Kearney State College for extra classes. She also served her government as a spokesman for the United States Army Air Defense and Fort Bliss Texas giving talks for them across the United States. She was an Ambassador of Air Defense Artillery and spoke for them February 11, 1972. She received the Governor’s Award from Frank Morrison in 1978, and another in 1983 from Bob Kerry. She received a Community Service Award from Modern Woodman. She received six different awards from Travelers Protective Association for Child safety programs, and gave talks in all the Public Schools, and gave 911 instructions and advice to the students. She also received the Travelers Protective Association Merit Award, June 10, 2002. The American Cancer society award was given to her in 1986. Goodwill Industries awarded her as their top fundraiser in Nebraska in 2002. The Red Cross gave awards in 2007, 2009, and again in 2013 for 50 years of volunteer service. She received several awards from various Governors for the Great Navy of the State of Nebraska. She was an Electoral College Voter for Nebraska. She served on the Statis of Women board and was President of the Priors of Nebraska for 15 years. She was a speed reader and read at least 100 books a year. She took time three times a day to pray, and when she did laundry she said her rosary between loads. She loved her grandsons and her great grandchildren. She loved to bake and share the goodies with the neighbors. Suzanne is survived by her husband John of Kearney; daughter Margie Paul and her husband Rex of Kearney; grandsons, Ryan Paul and his wife Christina, and their daughter Trinity of Bellevue, NE, John Paul and his wife Carmen and their son Brooks and daughter Quinn of Kearney. Suzanne was preceded in death by her great grandson Carter William Paul.

The family of Suzanne M. Morrissey created this Life Tributes page to make it easy to share your memories.

Send flowers to the Morrissey family.