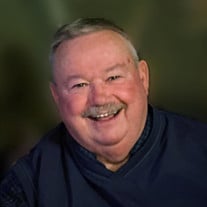 Thomas “Tom” L. Cunningham, 70, of Miller, NE, died Monday, February 21, 2022 at CHI Health Good Samaritan Hospital in Kearney. Mass of Christian Burial will be on Friday, February 25, 2022 at 10:30 a.m. at Prince of Peace Catholic Church in Kearney. Father Paul Colling will officiate and burial will be at St. Patrick’s Catholic Cemetery near Eddyville, NE. Visitation will be on Thursday, February 24, 2022 from 6:00 p.m. – 7:00 p.m. followed by a Wake Service at 7:00 p.m. all at the funeral home. Memorials are suggested to Prince of Peace Catholic Church, St. Patrick’s Cemetery Fund, the Spartan Foundation, the SEM Foundation or the Holdrege Public School Foundation. Please visit www.hlmkfuneral.com to leave a tribute or message of condolence. Horner Lieske McBride & Kuhl Funeral and Cremation Services in Kearney is assisting the family with arrangements. Please join the Cunningham Family for lunch at the Miller Community Hall in Miller, NE immediately following the graveside services. Tom passed away while surrounded by family and friends on February 21, 2022. Thomas Leo Cunningham was born on February 18, 1952, the fifth child of Pat and Agnes Cunningham. He attended Sumner and S-E-M public schools. On December 4, 1971, he married Nancy Jeffery. To that union, three children were born; Amy, Pete and Katie. Tom worked most of his career at Rockwell in Kearney and Orthman’s at Lexington. He was a hard worker and a very skilled welder and finished his career as an Engineer. Tom was blessed with many friends, he was known for being friendly, fun and welcoming. He had so many fun memories with these friends that included high school and college shenanigans, work and hunting buddies, vacations, and most recently going to “work” at Tub’s each morning to play cribbage with the coffee club. Tom was very easy to like and love. He most excelled at being a family man. His unconditional love and support of his children and grandchildren gave them a foundation second to none. The home he and Nancy created was a happy, joyful one that was a refuge to their kids and grandchildren, as well as nieces and nephews. Tom was the biggest fan for his grandchildren. He absolutely loved attending games and performances. He could be a bit biased and bragger of his grandchildren. Tom had a strong Catholic faith that was enhanced by his wife Nancy and passed on to their children and grandchildren. He was a member of St. Patrick’s, St. John Capistran’s and Prince of Peace. He was on parish council and was a care-taker of the St. Patrick’s cemetery. Tom is survived by his children, Amy & Andrew Weides of Holdrege, NE, Pete & Brandi Cunningham of Ansley, NE and Katie Cunningham of Miller, NE; grandchildren, Jeffery, Lorna, Gradie, Nick, Owen, Ann & James; his sisters and brothers, Pat Deeds, Vickie Nietfeld, Jim & Thelma Cunningham, Mike & Jennifer Cunningham; sister-in-law, Joanie Hoos; brother-in-law, Mick & Cindy Jeffery; nieces and nephews, relatives and many friends. He is preceded in death by his wife Nancy; parents, Pat & Agnes Cunningham and LaVerne & Darlene Jeffery; infant sister, Beverly; brothers-in-law, Harry Deeds, Mert Nietfeld, and Gary Hoos; infant child, Sammi.

The family of Thomas "Tom" L. Cunningham created this Life Tributes page to make it easy to share your memories.

Send flowers to the Cunningham family.