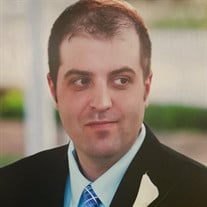 Thomas “Tom” S. Still, age 42, of Kearney, passed away Saturday, May 21, 2022 at his home in Kearney. Funeral services will be on Friday, May 27, 2022 at 2:00 p.m. at Horner Lieske McBride & Kuhl Funeral and Cremation Services in Kearney. Pastor Sean Dougherty will officiate and burial will be later. Visitation will be on Thursday, May 26, 2022 from 5:00 p.m. – 7:00 p.m. and also 1 hour prior to services on Friday all at the funeral home. Memorials in lieu of flowers are suggested to the family, to be designated to the Bryant Elementary School Book Program. Please visit www.hlmkfuneral.com to leave a tribute or message of condolence. Horner Lieske McBride & Kuhl Funeral and Cremation Services in Kearney is in charge of arrangements. Our buddy Tom was a lot of things. Tom was a good son, a great brother and above all (his favorite title) a fun uncle. Tom loved his nieces and nephew beyond words. You could see that in his ornery smile when he got to tease them. You could also see how his eyes lit up when one of the little ones wanted a hug from Uncle Tom. Tom also deeply cared about the kids at Bryant Elementary, where he worked. It broke his heart to hear of any kid having to go without, and I have no doubt that if he had more time he would have tried to help as many kids as he could. You may have seen that we have asked that in lieu of flowers or memorials that donations go to the Bryant Elementary Book Program. He’d be very happy with that decision, as he would have said that flowers are stupid and would die anyways. He rarely minced words when expressing his opinions. Tom was the true definition of an outdoorsman. He had respect for all things in nature, was a hunter, fisherman, trap shooter and conservationist. He found true joy in the outdoors and was never happier than when he was in a goose blind, watching the sun rise on the river on a cold day. And that’s how we’ll remember him. Tom was a beloved son, brother, uncle, and friend. Tom is survived by his parents, Ray and Carol Still of Kearney, his brother Kris (Beth) Still of Scottsbluff, NE, his sister Alicia (Mike) Hausmann of Garden City, KS, his sister Kelli (Scott) Eastman of Omaha, NE, nieces Emily, Madison, Ella, Georgie and Ava, and his nephew Teddy, and numerous other relatives and friends. Tom is preceded in death by his paternal grandfather, Gordon Still; his great-uncle, Terry Still; and maternal grandparents, Glen and Eleanor Matson.

The family of Thomas "Tom" S. Still created this Life Tributes page to make it easy to share your memories.

Send flowers to the Still family.