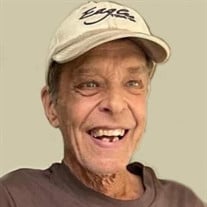 Walter “Wally” H. Boden, 67, of Kearney, died on May 18, 2022 in Brighton, CO. Memorial services will be 2:00 pm, Sunday, May 29, 2022 at the First Baptist Church in Kearney. Pastor Sean Dougherty will officiate and burial will be later. There will be no visitation. Memorials are suggested to the family, to be designated later. Please visit www.hlmkfuneral.com to leave a tribute or message of condolence. Horner Lieske McBride and Kuhl Funeral and Cremation Services in Kearney are assisting the family with local arrangements. Walter (Wally) Henry Boden was born November 13, 1954 to Edgar E. and Lellus G. (Neth) Boden in Gothenburg, NE. In 1959 the family moved to a farm/ranch located north of Brady, NE. Wally was raised there with his two brothers; Chuck and Gregg. The boys had a modest upbringing with God, Family and hard work at its core. Wally attended Spannuth elementary school, a one room country school. He was Valedictorian of Lincoln County his eighth grade year. Wally attended Brady High School and graduated in 1973. After High school Wally set out on his own adventure after a few rebellious years in North Platte, NE he moved to Kearney, NE. This is where he planted his roots. On December 31, 1978 Wally met his wife Susan K. Pankratz at a New Year’s Eve party. The two were inseparable and married a few short months later on June 16, 1979. In 1980 Wally started his business Boden Quality Painting and took great pride in it. After a 41 year stretch he was forced into retirement due to health complications. During his career he was active in PDCA and served as President for a few years. In 1981 Wally and Susan began a family and had 3 daughters. They went on to have 8 Grandchildren and 4 Great Grandchildren. Wally always had a foundation in Christ but grew closer in his relationship with God and his church family over the years. Wally served as a Deacon at First Baptist Church and taught 3rd & 4th grade Sunday School for 8 years. He strived to share his Faith with anyone he could. Wally was involved in the Fort Kearney Rock Club for many years and was able to learn and share his love for archeology, geology and jewelry making. He enjoyed reading and learning, history, art, musical theater, fishing, camping, driving mountain and canyon roads. Wally loved to travel and made it to 5 countries and at least 43 states. Wally had a deep love for music; he and Susan attended over one hundred concerts in their time together. Wally’s greatest loves were God, his wife, children and grandchildren. He was a strong leader for his family and a mentor to many. After almost 13 long years of fighting health complications that all began with vocal cord cancer caused by smoking he is finally at peace in heaven holding his daughter Jessica Lynn tightly in his arms. He is survived by his wife, Susan Boden of Kearney; daughter, Jennifer and husband Michael Owens of Brighton, CO and Angela and husband Ulrich Dossou of Aurora, CO; grandchildren, Thomas Timmons-Owens, Jacey Owens and (Matthew Padilla), Sebastian Owens, Suzie Owens, Layla Owens, Grace Machamire, Noah Dossou, Sophie Dossou,; great grandchildren, Zoey Schulte, Dawson and Greyson Timmons-Owens and Ava; brothers, Chuck Boden and family and Gregg Boden. Wally was preceded in death by his parents and Daughter.

The family of Walter "Wally" H. Boden created this Life Tributes page to make it easy to share your memories.

Send flowers to the Boden family.