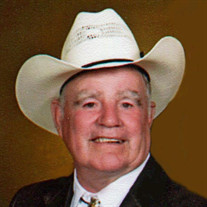 Wayne D. Nichols, age 81, of Miller, passed away Tuesday, February 2, 2021 at Kearney Regional Medical Center. Graveside services will be 3:00 p.m., Saturday, March 27th, 2021 at the Armada Cemetery North of Miller with Pastor Dean Pofahl officiating. Memorials are suggested to the Sumner Rescue Squad, the Armada Cemetery, the Miller Christian Church or the Parkinson's Foundation. Horner Lieske McBride & Kuhl Funeral and Cremation Services in Kearney is in charge of arrangements. Wayne D. Nichols was born in Kearney, NE. September 25, 1939 to Theodore Roosevelt Nichols and Dasie Dena (Runyan) Nichols. On February 2, 2021, after 81 years of fun and adventures, Wayne was called home to be with his heavenly father. He attended grade school at Grand View country school, then continued his education at Miller High School. He graduated, with the class of 1959 from Sumner High School after the consolidation. After high school, he worked in the Holdrege area and gained valuable farming experience. He started with a hay hauling business and eventually found his passion farming and ranching north of Miller. He enjoyed farming the land, but truly loved working with the horses and cattle. For years Wayne was known for his annual cattle drive from Eddyville pastures, down highway 40, to their home north of Miller. On April 22, 1962 he was united in marriage to Emma Ferguson. From this union Wayne & Emma were blessed with a son Douglas Dean and daughter Janet Lynn, eight grandchildren, and four great grand­ children. Known as "Granddad" he will be remembered for his love of his family, his joking personality and all of the crazy and funny stories, especially the one about the duck. Family and friends were always a priority to Wayne as he knew he was blessed with many. His 80th birthday was celebrated with an open house birthday party with over 400 family and friends made this a special day. He appreciated each and every one of them. While his children were growing up, he always reminded them that if you have God #l, Family #2, and Health #3, you couldn't be any wealthier. He lived his life with these three values in mind. Wayne loved traveling and created so many beautiful memories over the years with great friends by his side. He was adventurous and full of life, always trying something new which once included running with the bulls while on vacation in the Azores. Many neighbors and friends will remember his adventures of flying his paraplane and cruising the Loup river in his airboat. Throughout Wayne's life he constantly found ways to give back to his community. He enjoyed serving as a volunteer on the Miller Fire Department, serving on the Miller Christian Church Board, Nebraska Cattlemans, his 30+ years with the blenders, and was always ready to lend a hand to anyone in need. Completing his earthly journey, Wayne is joined in heaven by his father Theodore Nichols, mother Dasie Nichols, brother Wesley Roy, sister Donna Jean and twin sisters. Leaving to celebrate his life, his wife Emma (Ferguson) Nichols. Son Douglas Dean and wife Tamara and granddaughters Dasie, Dawnae, Annabelle, Karla and Darla of Miller. Daughter Janet Lynn and husband Tim Burr of Sumner, NE, granddaughter Nicole and husband Ric Garcia, great grandsons Jonathan and Tristan Garcia of Bay St Louis, MS. Grandson Terry Burr and Kendra Guthard, great grandchildren Ember and Wiley Burr of Riverdale NE and granddaughter Shaylee Burr of Dallas, TX. Also surviving Wayne is three sisters, Marybelle-Burge Miller, Ruby Burt-Tampa FL and Carol Rowedder-Kearney and six brothers Allen of Elm Creek, Larry of Kearney, Glen of Miller, Rodger of Sumner, Kenneth of Cozad and Bernard of Berwyn, numerous nieces, nephews, cousins, and many who knew Wayne to be a friend.

The family of Wayne D. Nichols created this Life Tributes page to make it easy to share your memories.

Send flowers to the Nichols family.