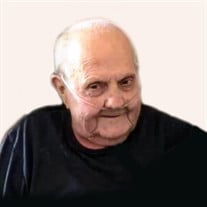 Allen L. Greckel, age 74, of Kearney, passed away Thursday, February 13, 2020 at his home in Kearney. Memorial services will be on Saturday, February 22, 2020 at 9:30 a.m. at Holy Cross Lutheran Church in Kearney. Pastor Duane Duley will officiate and interment will be at the Kearney Cemetery. There will be no visitation. Memorials are suggested to the family, to be designated later. Please visit www.hlmkfuneral.com. to leave a tribute or message of condolence. Horner Lieske McBride & Kuhl Funeral and Cremation Services of Kearney is honored to be assisting the family with arrangements. He was born Sept. 7, 1945, to Kenneth and Leona (Hass) Greckel in West Point. Allen was baptized Sept. 23, 1945 and later confirmed at St. Paul’s Lutheran Church in West Point. He received his education at St. Paul’s Lutheran School and graduated from West Point High School in 1963. Allen was drafted into the United States Army and served 18 months in the Viet Nam War. On Sept. 7, 1968, he married Mickey Lemke. The couple purchased their own piece of heaven where they raised their kids, Mark and Jennifer. The family grew an abundance of trees, garden vegetables, raised many animals and enjoyed spending time outdoors. Allen loved Husker football, hunting and fishing at his parent’s lake down the road and along the Elkhorn River, but most of all, spending time with family. Allen worked for the City of West Point for more than 30 years and later was employed at CHI Health Good Samaritan Fitness Center in Kearney. After the children were grown, the couple moved to Yankton and Hot Springs, South Dakota, Reno, Nevada and back to Nebraska, where they lived in Kearney for the past 18 years. Left to cherish his memory are his wife of 51 years, Mickey; his children, Mark (Lisa) Greckel of Kearney and Jennifer (Paul) Kreikemeier of Axtell; his brother, Robert Greckel of Coppell, Texas; grandchildren Brandon Greckel, Jesse Kreikemeier, Romeo Rodela and Reina Hernandez. Allen was preceded in death by his parents and infant grandson, Jacob Kreikemeier.

Allen L. Greckel, age 74, of Kearney, passed away Thursday, February 13, 2020 at his home in Kearney. Memorial services will be on Saturday, February 22, 2020 at 9:30 a.m. at Holy Cross Lutheran Church in Kearney. Pastor Duane Duley will officiate... View Obituary & Service Information

The family of Allen L. Greckel created this Life Tributes page to make it easy to share your memories.

Send flowers to the Greckel family.