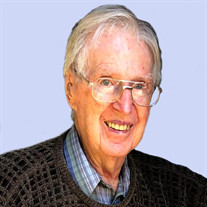 Bernard “Bernie” E. Wimmer, age 98, of Kearney, formerly of Oxford, NE, passed away on Thursday, July 30, 2020 at his home. Memorial services will be on Friday, August 21, 2020 at 2:00 p.m. at Horner Lieske McBride & Kuhl Funeral Home with Pastor Duane Duley officiating. Burial with military honors will be prior to services, on Friday, August 21, 2020 at 9:30 a.m. at Ft. McPherson National Cemetery near Maxwell, NE. There will be no visitation. Memorials are suggested to Holy Cross Lutheran Church in Kearney, St. John’s Lutheran Church in Oxford, NE or AseraCare Hospice in Kearney. Please visit www.hlmkfuneral.com to leave a tribute, memory, or condolence. Horner Lieske McBride & Kuhl Funeral and Cremation Services in Kearney is in charge of arrangements. Bernie was born on June 16, 1922 in Comstock, NE to Elwood Elsworth and Merle Glee (Guggenmos) Wimmer. Born into a ‘Newspaper’ family, Bernie and his folks lived in a number of communities while working at various newspapers throughout the years including Carmen, OK, Ravenna, NE, Wilcox, NE, Haigler, NE and eventually Oxford, NE. Bernie was introduced to the newspaper business at a young age and would eventually return back to his roots as the Co-Owner and Editor of the Oxford Standard Newspaper. Living and growing up in a number of different communities afforded Bernie the luxury of making many life-long friendships along the way. He could vividly recall the difficulties of living through the great depression of the 1930’s and how those friendships helped him persevere. He graduated from Wilcox High School with the class of 1940 and later attended college the subsequent fall in Hastings at a branch of the Grand Island Business School. Shortly after his first year in college the bombing of Pearl Harbor initiated the beginning of World War II. As a fit and healthy 19-year-old he was well aware it was only a matter of time before he would be drafted to serve his county. Bernie made the proactive decision to join the United States Army Air Corps in the winter of 1942. He proudly and fearlessly served his country as a co-pilot flying B-24 Bombers on many successful missions. It was while serving in the Army Air Corps that he would meet ‘a pretty young girl named Edna Miller’. The two began a courtship that consisted mainly of writing letters to each other until they were eventually married on June 28, 1944 in Oklahoma. Bernie and Edna enjoyed nearly 73 years of marriage together. The couple moved back to Oxford after Bernie was honorably discharged from the military and began helping Bernie’s folks run the newspaper. They would eventually welcome a son, Bruce Eugene and later a daughter, Judith Ann. The family remained in the Oxford area until 2003 when Bernie and Edna moved to Kearney. The couple enjoyed traveling after retirement, often spending winters in Texas in their travel trailer. Bernie was a long-time member of the St. John’s Lutheran Church in Oxford and later the Holy Cross Lutheran Church in Kearney. After Edna passed away in 2017, Bernie enjoyed playing shuffle board with friends and being involved in other activities at the Peterson Senior Center in Kearney. Bernie will be remembered as a kind and gentle man who endeared all who met him. Surviving relatives include his son, Bruce and Teresa Wimmer of Spring Hill, FL; daughter, Judith and Ron Upson of Beaver City, NE; sister, Darlene Pettygrove of Centralia, IL; grandchildren, Brent and Andrea Upson of Kearney, NE, Cassie Krontz of Overland Park, KS and Ashley and Adam Teeter of St. George, UT; great grandchildren, Carter, Tenley and Emery Upson all of Kearney and Haddon, Isla and Clive Teeter all of St. George, UT; other extended family and friends. Bernie was preceded in death by his parents; wife, Edna Wimmer; parents in-law, Erich and Leona Miller

The family of Bernard "Bernie" E. Wimmer created this Life Tributes page to make it easy to share your memories.

Send flowers to the Wimmer family.