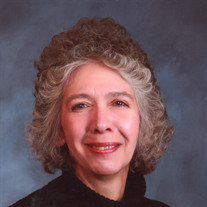 Charlene J. Woolley, 58, of Kearney, died Saturday, April 27, 2019 at CHI Health Good Samaritan after a courageous battle with cancer. Funeral services will be 11:00 AM, Wednesday, May 1, 2019 at Countryside Christian Church with Minister Jeff Nielsen officiating. Burial will follow at the Kearney Cemetery. Visitation will be from 5:00 PM to 7:00 PM on Tuesday, April 30, 2019, at Horner Lieske McBride & Kuhl Funeral Home. Memorials are suggested to the Kearney Animal Shelter or the Wounded Warrior Project and online condolences may be made at www.hlmkfuneral.com. Services are under the direction of Horner Lieske McBride & Kuhl Funeral and Cremation Services in Kearney. Charlene Jo Woolley was born July 9, 1960 (her mom’s birthday) in Kearney to Donald L. and Esther ‘Jane’ (Schroeder) Woolley. She attended grade school at Northeast Elementary and graduated with the class of 1978 from Kearney High School. In high school she placed 2nd in Nebraska’s Future Business Leaders of America shorthand competition and got to travel to nationals in San Francisco. After graduation she worked at Rockwell International in the flow control division where she certified valves. Starting in 1985, Charlene began working for West Pharmaceuticals in the office and she worked there for 33 years holding many different positions. She was a hard worker with great attention to detail and her co-workers were a second family to her. She was a member of Countryside Christian Church. Charlene enjoyed being with her family, and her Siamese cats which she considered her children, traveling and listening to rock and roll bands, especially her favorite, Motley Crue. Survivors include her mother, Jane Woolley of Kearney; three brothers, Lorin of Pennsylvania, Kevin and wife Missy of California, and Vincent of Kearney; a niece, Ashlea Woolley of Pennsylvania; four nephews, Gator Bennetzen of California, Jamey Muth of Lincoln, Shane Bennetzen and wife Lilly of California, and Aaron Woolley of Illinois; five great nieces; one great nephew; numerous other family members; and her beloved cat, Henry. Charlene is preceded in death by father, Don; an uncle Richard Woolley and her grandparents.

The family of Charlene J. Woolley created this Life Tributes page to make it easy to share your memories.

Send flowers to the Woolley family.