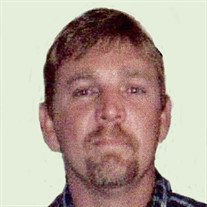 Edward ‘Ed’ Lee Corder, Jr., age 53, of Kearney, passed away Friday, November 8, 2019 at his home. Funeral services will be 10:00 a.m., Friday, November 15, 2019 at Horner Lieske McBride & Kuhl Funeral Home with Pastor Jonathan Lumbard of Spirit of Life Church of Kearney officiating. Cremation will follow the services. Visitation will be 5:00 p.m. to 7:00 p.m., Thursday, November 14, 2019 at Horner Lieske McBride & Kuhl Funeral Home. Memorials are suggested to the family to be designated later. Online condolences may be made at www.hlmkfuneral.com. Horner Lieske McBride & Kuhl Funeral and Cremation Services is in charge of arrangements. Edward Lee Corder Jr. was born in El Paso, Texas on August 9, 1966 on the Fort Bliss military base. He entered into eternal rest on November 8, 2019 at the age of 53 at his home in Kearney, Nebraska. He was born to Edward Lee Corder Sr. and Maria Garber, the youngest of five siblings, his sisters Patricia and Marliessa, a half-brother, Karl, from Germany, and a half-sister, Janet. He attended school in Kearney, as well as in Lincoln, for a few short years. As a kid he enjoyed horseback riding. During his time in Lincoln as a young adult, his love of old cars and motors flourished. He worked with his dad rebuilding an old Chevy Camaro and went on to buy his first vehicle, a red ’66 Chevy Nova, a car he took great pride and joy in, a car we would often see him tinkering with in his garage. Ed met his high school sweetheart, Michele, when he was 17 and became infatuated. In 1987, Ed married Michele Medley in Kearney where they had four children: Jessica, Carl, Ryan, and Jordan. As the kids grew up, Dad instilled a love for the 4th of July as they would celebrate together with loads of fireworks. Together they would often travel to visit family in Lincoln and Missouri. They enjoyed camping, four wheeling, go-karting, Saturday morning garage saling and antique shopping. In his spare time, he would take his kids and grandkids to the movies and always treat them to all the pop, candy and popcorn they wanted. He had a passion for collecting Hot Wheels, many of which you'd find displayed at his home which he might occasionally share with the grandkids. He often got together with his friends for a barbecue, joking around, relaxing, and having a good time. He liked doing poker runs, demolition derby, stock car racing, and riding his Harley. Ed had a strong personality. He was tough and rough around the edges but had a big heart. He was always willing to help someone in need, especially someone who needed work. He cared deeply for people in a tough spot and would be the first person to give someone an opportunity to work, to make something of them self, no matter who they were or where they came from. Ed was a very hard worker. As a young adult, he learned many skills but the one he pursued was tree work. He started off working for Markus Tree Service, later buying the business in 1995. We Care Tree Care was born and became a well-known name in the community. He was self-driven and meticulous when it came to his work. Satisfying his customers with quality, efficiency, and affordable tree service was very important to him. He built many relationships and friendships throughout his journey as a tree man and will be missed by both his family and the community. Ed is survived by his four children: Jessica - husband Chris McDonald, Carl - wife Rae Corder, Ryan and Jordan; four grandchildren: Jaylynn, Jesyha and Jeslynn, Corbin; his nieces and nephews: Jeromy - wife Renee Corder, Clayton Jr., Amber - husband Mike Nelson and Mason - wife Casey Jones; his ex-wife Michele; brother Karl - wife Ingeborg; sister Marliessa - husband Clayton Jones Sr.; half-sister Janet Smith; and Ed’s girlfriend Lisa Borges. He is preceded in death by his parents Maria and Edward, and sister, Patricia.

The family of Edward 'Ed' L. Corder Jr. created this Life Tributes page to make it easy to share your memories.

Send flowers to the Corder family.