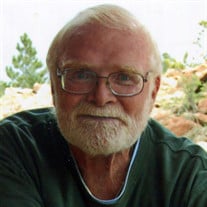 George “Dave” Griffith, 72, of Kearney, passed away Wednesday, June 1, 2022. Memorial services will be 2:00 pm, June 8, 2022 at Horner Lieske McBride & Kuhl Funeral and Cremation Services with Pastor Dean Pofahl officiating. Private family burial will take place at a later date at White Hill Cemetery North of Minden. Memorials are suggested to the Rocky Mountain Elk Foundation or The Wyldlife Fund. George David (Dave) Griffith was born in Lebanon, Kansas, on September 3, 1949, to George and Bonnie (McDowell) Griffith. He spent most of his youth in Nelson, Nebraska, where sports were an important part of his life. After graduation he attended Fairbury Junior College and Peru State College. Later he acquired a master’s degree in education with an administrative endorsement from the University of Nebraska at Kearney. From an early marriage to Lila Gruber, he was blessed with three children, Timothy, Nathan, and Amy. Shortly after his undergraduate graduation, he worked at Brownville at the Cooper Nuclear Power Plant as a health physics technician. It was there that he experienced a fifty-foot fall that affected him the remainder of his life. In 1979 he married Sharon Sizer of Kearney, a fellow educator and mother to his stepsons, Bryan and Ben Kuntz. In spite of permanent injuries, he continued to run, bike, hike, and ski, often wearing an old-fashioned knee brace. As a runner, he participated in the Bolder Boulder and other races. Most photographs of Dave include strings of fish, as camping, fishing, and hunting were his favorite activities. He enjoyed anything outdoors. He was a principal in LaBarge, Wyoming, and a well-loved classroom teacher in Colorado. His fifth-grade students often returned to see him even after their high school graduations. After retirement, he and Sherry spent several years in Crystal Lakes, Colorado enjoying the wildlife and nature which he so loved. Dave’s health concerns and the desire to be closer to family prompted them to move back to Kearney, Nebraska. Dave was a member of Immanuel Lutheran Church in Greeley, Colorado, for twenty years and continued to be a person of faith. Dave is survived by his wife, Sherry Griffith of Kearney; daughter, Amy Griffith of Omaha, NE; sons, Tim Griffith of Clatonia, NE, Nate Griffith of Mankato, KS; step-sons, Bryan and Candy Kuntz of Kearney, Ben Kuntz and Sarah Angstman of Dillon, MT; brother, Steve and Jan Griffith of Kansas City, KS, Joel and Ilona Griffith of Grand Island, NE, Bob Griffith of Oak, NE; and eight grandchildren. Dave was preceded in death by his brother, William Griffith.

The family of George "Dave" Griffith created this Life Tributes page to make it easy to share your memories.

Send flowers to the Griffith family.