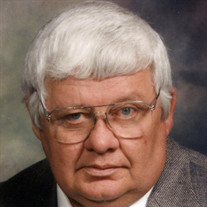 George C. Wietjes, 71, of Amherst, died Monday, January 20, 2020 at C.H.I. Good Samaritan Hospital. Graveside services will be 8:30 a.m., January 24, 2020, at the Kearney Cemetery with Pastor Dean Pofahl officiating. Military Rites will be provided by the United States Naval Funeral Honors Team, Kearney American Legion Post #52, Kearney V.F.W. Post #759. Visitation will be from 5:00 to 7:00 p.m., January 23, 2020 at Horner Lieske McBride & Kuhl Funeral Chapel. Memorials are suggested to Kearney V.F.W. Post #759 Overpass Flag Fund. George was born March 21, 1948 in Kearney to George and Delores (Bosle) Wietjes. He was baptized, confirmed, and received his first communion at Peak Lutheran Church. He attended District #55 Divide Country School through the 8th grade, then attended high school in Amherst, where he graduated in 1966. After graduation, he enlisted in the United States Navy and served from 1966 until 1970. Serving as an Air Crewman while also assisting with Typhoon Reconnaissance. Upon his discharge he returned home and took up farming with his father. Farming was his life for over 50 years. He loved early mornings, sunrises, and nature. On June 21, 1975 he married Betty Ann Behrendt at Trinity Lutheran Church in Amherst. One son blessed this union. George is survived by his wife, Betty; son, Chance; sisters, Diane and Sandra; brother, Craig; aunts, cousins, nieces, nephews, in-laws, and friends. He will be missed by many including his coffee and card playing buddies.

The family of George C. Wietjes created this Life Tributes page to make it easy to share your memories.

Send flowers to the Wietjes family.