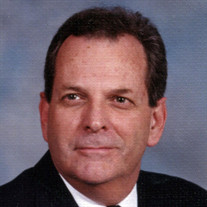 Kent E. Lilly, age 72, of Kearney, passed away on Sunday, August 25, 2019 at CHI Good Samaritan Hospital in Kearney. Memorial services will be on Thursday, August 29, 2019 at 10:30 a.m. at the First Presbyterian Church in Kearney. Revs. Nancy Tuma and Jerry Bady will officiate and burial will be at Kearney Cemetery with military honors by the Kearney American Legion Post #52, Kearney V.F.W. Post #759 and the United States Air Force Funeral Honors Team. Visitation with family will be on Wednesday, August 28, 2019 from 5:00 p.m. – 7:00 p.m. at the church. Memorials are suggested to Kearney Elks Lodge # 984, Nebraska Children’s Home, First Presbyterian Church, and C.A.S.A. of Buffalo County. Please visit www.hlmkfuneral.com to leave a tribute or message of condolence. Arrangements are under the direction of Horner Lieske McBride & Kuhl Funeral and Cremation Services in Kearney. Kent was born on December 9, 1946 in Hastings, NE to Lester I. and Mary E. (Baker) Lilly. He attended Grand Island High School and graduated in 1965. He then attended the Grand Island Business School and graduated in 1966 with a degree in accounting. Kent enlisted with the United States Air Force in 1967 and served for 4 years while stationed in North Carolina as an accounting specialist. Upon his discharge from the Air Force he attended Kearney State College and earned a Bachelors Degree in Business Administration. He married JoAnn Williamson on April 23, 1967 in Orchard, NE. Kent served the State of Nebraska as a State Probation Officer in Kearney. He was appointed a Chief Probation Officer in 1979 serving 9 Nebraska counties in what was then referred to as Probation District #17. Following a restructure in the probation system, he served as Chief Deputy Probation Officer in District #9 serving Buffalo and Hall counties. He ended his decorated career in 2012 after 40 years of dedicated service. During his career he served on many committees both as an advisor and chair, including Region III Alcohol Advisory Services Board, Statewide policy procedure committee and many others. He was instrumental in helping write state-wide policies over the years. He also aided in establishing the Kearney Probation Reporting Center which now offers a wide variety of services to offenders. In 2006 he was awarded the Nebraska Probation System Supervisor of the Year award. Kent also served as a CASA volunteer and was awarded CASA volunteer of the year in 2019. Kent was an active member of First Presbyterian Church where he served as a Deacon and Elder. He also served as a Scoutmaster of Boy Scout Troop #136. Surviving relatives include his wife, JoAnn Lilly of Kearney; son, Jerod and Samantha Lilly of Lincoln, NE; daughter, Heather and Dan Morrow of Kearney; grandchildren, Garrett Marshall and his significant other Kayla Lukens, Drew Morrow and Jacob Morrow; great granddaughter, Ava Marshall; many other nieces, nephews and other extended family and friends. Kent was preceded in death by his parents; sister, Wanda Yost and her husband Jim; brother, Ron Lilly and his wife Marlene; niece, KoAnn Lawrence

Kent E. Lilly, age 72, of Kearney, passed away on Sunday, August 25, 2019 at CHI Good Samaritan Hospital in Kearney. Memorial services will be on Thursday, August 29, 2019 at 10:30 a.m. at the First Presbyterian Church in Kearney. Revs. Nancy... View Obituary & Service Information

The family of Kent E. Lilly created this Life Tributes page to make it easy to share your memories.

Send flowers to the Lilly family.