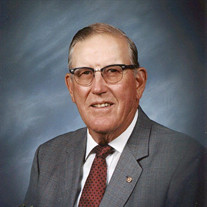 Lee A. Rodehorst, age 89, of Kearney, formerly of Pleasanton, passed away Saturday, September 19, 2020 at The Good Samaritan Society – St. John’s in Kearney. Funeral Services will be on Friday, September 25, 2020 at 10:30 a.m. at Grace Lutheran Church in Pleasanton, NE. The service will also be live streamed on the Faith Grace Lutheran Facebook Page, https://www.facebook.com/faith.g.lutheran. Pastor Dean Hanson will officiate and burial will be at St. Mary’s Catholic Cemetery in Pleasanton. Military honors at graveside will be provided by the Leo and Clinton Krotz V.F.W. Post #9481, the Roy Eaton American Legion Post #321 and the Nebraska National Guard Funeral Honors Team. Visitation will be on Thursday, September 24, 2020 from 5:00 – 7:00 p.m. at Horner Lieske McBride & Kuhl Funeral and Cremation Services in Kearney and also one hour prior to services at the church on Friday. Masks are requested at both the visitation and funeral service. Memorials are suggested to Grace Lutheran Church. Please visit www.hlmkfuneral.com to leave a tribute, memory, or condolence. Horner Lieske McBride & Kuhl Funeral and Cremation Services in Kearney is in charge of arrangements. Lee was born on October 22, 1930 in Pleasanton, NE to Edwin H. and Clara H. (Valentine) Rodehorst. He attended rural schools in Buffalo County before attending Pleasanton High School where he graduated with the class of 1948. Lee farmed after high school until he was inducted into the U.S. Army in 1952. He was stationed in Germany for 18 months with a border patrol unit during the Korean War. Following his honorable discharge in 1953, Lee returned to the family farm. Lee volunteered his time as a member of the Divide Township Board and also the ASCS Committee. He was an avid bowler and served on the Kearney Bowling Association Board for 5 years, serving as president for 2 years. He was later elected to the Kearney Bowling Association Hall of Fame. He was a member of Grace Lutheran Church in Pleasanton and a 50 year member of the Veterans of Foreign Wars. Lee married the love of his life, Betty (Parker) Zwiener on April 5, 1986 in Pleasanton, NE. With that union, he gained five children. Surviving relatives include his daughters, Lorrie (Zwiener) Moylan and husband Joseph of Elkhorn, NE; Melanie (Zwiener) Klingelhoefer of Amherst, NE; April (Zwiener) Roggasch and husband Roger of Riverdale, NE; sons, Craig Zwiener and wife Teresa of Bennington, NE and Shayne Zwiener and wife Denise of Pleasanton, NE; 16 grandchildren; 3 great grandchildren; 4 nieces and one nephew. Lee was preceded in death by his parents; brother, Bernard “Leon” Rodehorst; wife, Betty Zwiener-Rodehorst; grandson, Luke Roggasch.

The family of Lee A. Rodehorst created this Life Tributes page to make it easy to share your memories.

Lee A. Rodehorst, age 89, of Kearney, formerly of Pleasanton,...

Send flowers to the Rodehorst family.