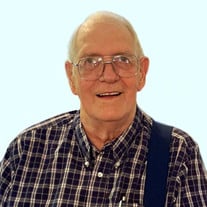 Lester L. Lindner, age 75, of Kearney, passed away on Wednesday, April 21, 2021 at Mt. Carmel Home – Keens Memorial in Kearney. Funeral services will be on Monday, April 26, 2021 at 10:00 a.m. at Horner Lieske McBride & Kuhl Funeral and Cremation Services in Kearney. Pastor Dean Pofahl will officiate and burial will be at Pleasanton Cemetery. Visitation will be on Sunday, April 25, 2021 from 3:00 p.m. – 5:00 p.m. and also 1 hour prior to services on Monday all at the funeral home. The family request casual attire for the service and visitation. Memorials are suggested to the Kearney Area Animal Shelter. Please visit www.hlmkfuneral.com to leave a tribute or message of condolence. Horner Lieske McBride and Kuhl Funeral and Cremation Services in Kearney are in charge of arrangements. Lester was born on February 17, 1946 in Kearney, NE to Raymond and Beulah B. (Crosley) Lindner. He attended Pleasanton High School and graduated with the class of 1964. After high school, he attended the Grand Island Business School where he studied accounting. Lester married Patricia Ploog on July 16, 1966 in Ogallala, NE. Lester served his country as a member of the United States Air Force from 1966-1971. He was a member of the Nebraska Society of CPA’s, the Fort Kearney Bass Masters and the Veterans of Foreign Wars. Surviving relatives include his wife, Patricia of Kearney; son, Lance Lindner and his wife Terri of Kearney; grandchildren, Sarah, Matthew and Christopher Lindner all of Kearney; brother, Larry Lindner and his wife Barbara of Pleasanton; sister, Patti Valentine of Pleasanton; sister in law, Judy Lindner of Ansley, NE; numerous nieces, nephews, other extended family and friends. Lester was preceded in death by his parents; sisters and brothers in law, Mona and Smokey West; Beverly and Max Epley; brother, Lonnie Lindner; brother in law, Warren Valentine; parents in law, Earl and Irene Ploog.

The family of Lester L. Lindner created this Life Tributes page to make it easy to share your memories.

Lester L. Lindner, age 75, of Kearney, passed away on Wednesday,...

Send flowers to the Lindner family.