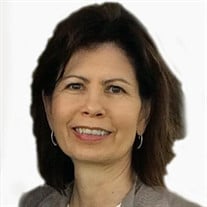 Louise Ann “LouAnn” Lowe, 64, died Wednesday, April 3, 2019 at her home in Kearney. Memorial services will be Friday, April 12, 2019 at 10:30 a.m. at Prince of Peace Catholic Church in Kearney. Father Paul Colling will officiate and burial will be at Kearney Cemetery at a later date. There will be no visitation. Memorials are suggested to American Cancer Society or Kearney Catholic High School Foundation. Please visit www.hlmkfuneral.com to leave a tribute or condolence. Services are under the direction of Horner Lieske McBride & Kuhl Funeral and Cremation Services in Kearney. She was born in Kearney, NE on January 21, 1955 to Rex and Shirley (Church) Kelly. The family moved to Holdrege in 1967 where her father became the hospital administrator of Phelps Memorial Hospital. She graduated from Holdrege High School in 1973 then attended the University of Nebraska-Lincoln, graduating with a degree in pharmacy in 1978. She then completed a clinical pharmacy residency at Rhode Island General Hospital in Providence. She was employed as a clinical pharmacist by Good Samaritan Hospital in Kearney, NE for 38 years. On September 1, 1979 she married Stephen G. Lowe in Kearney and they have lived in Kearney since. LouAnn brought intelligence, grace and beauty to every aspect of her life. She had the gift of being able to see the world with clarity and with kindness. This gave her a real appreciation for all the people in her life. Her many friends took great delight in her warmth, loyalty and wit. She had a bright interested mind and she approached new experiences with openness and attention. All her professional colleagues in the medical community knew of her attention to detail and also knew of her sharp skills as a hospital pharmacist. She relished her travels to Europe, The East Coast, and California. Her husband Steve, who survives her, was her beloved and cherished lifetime partner and she took deep pride in her children; daughter Kelly of Seattle, Washington and son Stephen of Kearney. Everyone who was lucky enough to know her cherished her and understood that her life was entirely a gift of love. In addition to her husband and children she is survived by her brothers, James P. Kelly of Clearwater, Minnesota, John T. Kelly of Westlake, Ohio, Daniel J. Kelly of Nebraska City, Nebraska, and Tom. LouAnn was preceded in death by her parents

The family of LouAnn Lowe created this Life Tributes page to make it easy to share your memories.

Send flowers to the Lowe family.