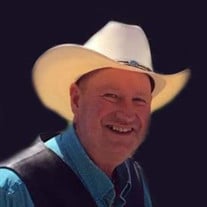 Mike D. Carlson, 57, of Sundance, Wyoming died January 21, 2022 in Sundance. Memorial service will be 2:00 pm, January 28, 2022 at Horner Lieske McBride & Kuhl Funeral and Cremation Services with Pastor Alan Davis officiating. Burial will follow at Kearney Cemetery. Memorials are suggested to The American Cancer Society. Michael Donn Carlson was born in Cando, North Dakota February 16th, 1964 to Donn and Dorothy (Bish) Carlson. He graduated from Kearney High School in 1982, where he ran track and cross country. He attended Dickinson State College in North Dakota running on the track and cross country teams. As a college athlete he broke records, was named All American, and earned a spot in the university’s hall of fame. Following college, he spent majority of his life working for Frito Lay until he retired in 2020. During retirement, he took a job at a pheasant farm, which he considered to be his dream job. Growing up, he spent a lot of time visiting family at Devil’s Lake in North Dakota. This led to a lifelong love of fishing and spending time outdoors. His love for tending to horses as a boy followed him through a majority of his life as he owned racehorses and attended many major racing events. His weekends were often spent watching football, especially the Huskers. He loved the Huskers. He spent his life making and keeping meaningful friendships from college roommates, running buddies, adult league softball teammates, and lifelong fishing buddies. He always lit up the room and knew how to make everyone smile—he was still inspiring laughs from the hospital bed in his final days. He is joining his father, Donn Carlson in heaven. Mike is survived by his mother, Dorothy Bish of Sun City West, AZ; sisters, Sandi Olson and husband Mark Ficek of Kearney, Donna Peterman of Zephrhills, FL; nephews, Jacob Olson of Augusta, GA, Eddy Peterman of Big Springs, NE; niece Tori Olson of Chicago, IL, niece; and numerous other close family members. Mike was preceded in death by his father Donn Carlson.

The family of Mike D. Carlson created this Life Tributes page to make it easy to share your memories.

Send flowers to the Carlson family.