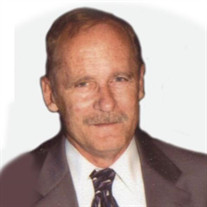 Phillip L. Ridout, 79, of Kearney, NE passed away on Tuesday, August 10, 2021, in Kearney, NE. A Celebration of Life gathering will be on Saturday, August 21, 2021 from 1:00 p.m. – 3:00 p.m. at the Massena, IA Baptist Church. There will be no visitation and burial will be later. Memorials are suggested to the family, to be designated later. To leave online condolences please visit www.hlmkfuneral.com Horner Lieske McBride & Kuhl Funeral and Cremation Services in Kearney is in charge of arrangements. Phillip was born the only child to Ted and Lillian (Bohling) Ridout on November 20, 1941 in Fontenelle, IA. He attended Massena High School and graduated with the class of 1959. Phil married Sandy Wood on January 21, 1961 in Atlantic, IA. Phil and Sandy purchased the Stanley Well Company in Massena and they owned/operated the business for a number of years. Eventually Phil took a position with BP where he worked as a Lead Tech in Alaska. The couple moved to Bella Vista, Arkansas after retirement. Because of health reasons they eventually moved to Kearney, NE to be closer to family. Phil and Sandy attended the Massena Baptist church and later the Bella Vista Baptist Church. Phil was a charter member of the Massena Lion’s Club where he held numerous offices over the years. He also was a member of the Massena Volunteer Fire Department and the City Council. Phil enjoyed motorcycles, star trek, and spending time with his family. He will be remembered as a loyal and faithful friend and a wonderful father, grandfather and great grandfather. Surviving relatives include his wife, Sandy of Kearney, NE; children, LeAnn Brawner and her husband Randy of Sun City, AZ; Lisa Levis and her husband Larry of Minden, NE, Mitch Ridout and his wife Andrea of Palmyra, MO and Leslie Carr of Elm Creek, NE; 10 grandchildren; 7 great grandchildren; numerous friends and other extended family. Phil was preceded in death by his parents and parents in law.

The family of Phillip L. Ridout created this Life Tributes page to make it easy to share your memories.

Send flowers to the Ridout family.